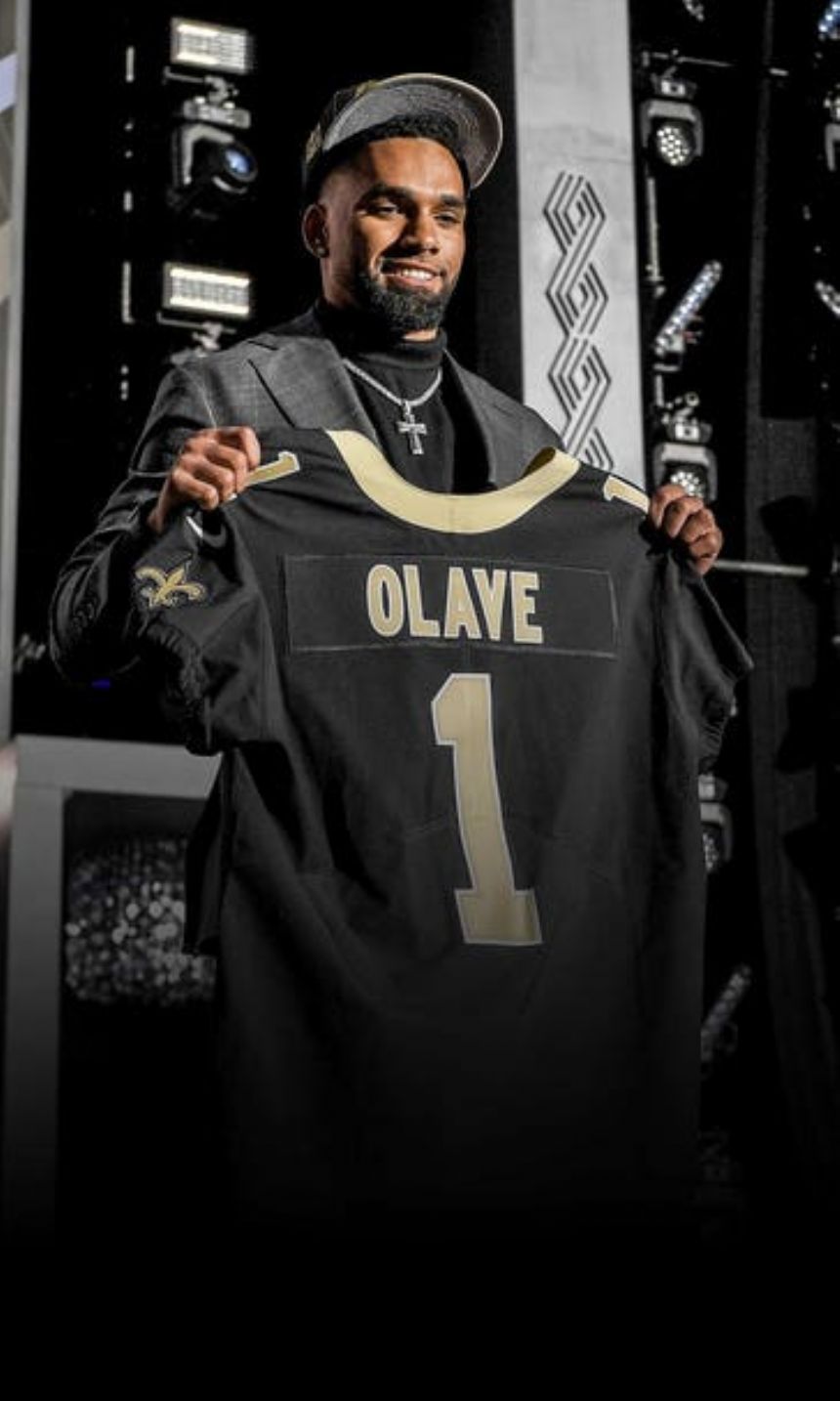 The two former Ohio State stars are central figures in a rebuilt Saints receiving corps designed to improve the NFL's least productive passing game in 2021 with 187.4 yards per game.

Olave, the Saints' top draft choice and No. 11 overall, caught 65 passes for 936 yards - 14.4 yards per catch - and 13 touchdowns for the Buckeyes last season. He's getting his first taste of the NFL as he participates in New Orleans' rookie minicamp this weekend.

But before he showed up at the team's training facility, he spent a week and a half in Los Angeles working with Thomas, a former All-Pro who invited his new teammate to stay with him.

"I've been training there until I got here," Olave said after practice Saturday. "He took me in. I just followed his schedule that he does consistently in the offseason. I just stepped into that and worked with him.

"He said, just keep doing what I'm doing. Coming from Ohio State, that's a competitive environment. Keep that chip on your shoulder and keep your head down and keep working. I look up to him. He's one of the best receivers to do it and I want to follow in his footsteps."

The Saints' passing game has struggled the last two seasons, largely because of an ankle injury that has plagued Thomas, a second-round pick in 2016 who caught an NFL-record 149 passes in 2019, the last season he was fully healthy.

Thomas injured the ankle in the 2020 season opener and it limited him to seven games that season. He didn't catch a single touchdown pass.

He tried to rehab the injury, but eventually had two surgeries and missed all of last season.

It remains to be seen if Thomas will participate in the voluntary organized team activities that begin in nine days, but the two former Buckeyes are expected to be together again for the team's mandatory veteran minicamp scheduled for June 14-16.

"Finally being on the same team with him is going to be huge," Olave said. "I can't wait to get on the field with him and compete with him as his teammate."

Olave, who like Thomas is a native of Southern California, said he and Thomas spoke on the phone and exchanged texts even before the draft. Thomas was advising his fellow Buckeye and the communication has only increased since they became teammates two weeks ago.

"Since I got drafted, I feel like we've gotten closer," Olave said.

The Saints added five-time Pro Bowl receiver Jarvis Landry, who's from the New Orleans area and played at nearby LSU, as a free agent Friday.

"We just got out of practice (Friday) and they said, 'We got Jarvis' and that was huge," Olave said. "He's going to be a great addition to the roster. I can't wait to play with him.

"Michael Thomas was always one of my favorite receivers. Jarvis is a legend out here. Having so many guys that are known and have already made their mark in the league is huge for me see how they attack it every day."

Olave is just two days into his NFL career, but coach Dennis Allen said he has seen "the same things we saw on tape" that led the Saints to make two trades to move up to the No. 11 spot and draft him.

"He's a guy that is really fast, smooth in transition, good route runner, smart and ultimately he's the type of character person that we wanted to bring into the building," Allen said. "I think that's as important as anything."