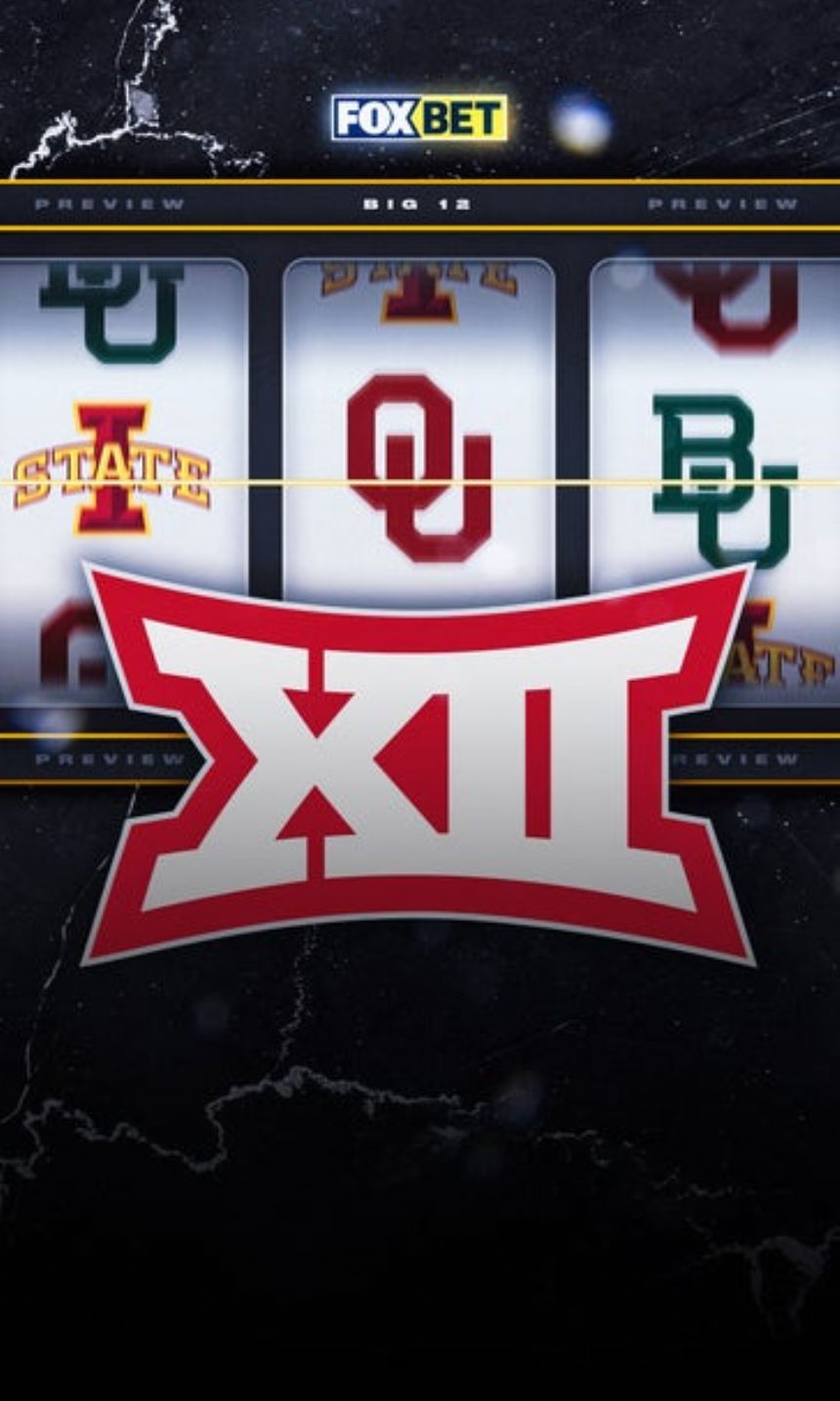 Are you ready for some college football? Well, you should be because kickoff is right around the corner!'

There will be so much football to watch from Thursday to Monday every week, which means there are a lot of teams in college football to study up on from a gambling perspective. And because I'm a nice guy - as former linemen tend to be - I'm going to help you make some of those tough decisions about how to wager your money.'

Bettors are already looking ahead to which teams they want to lay money on, so I wanted to do a betting preview for every Power 5 conference. I'll break down my best bets for which team I think will win the conference, my potential dark horse pick and then two of my favorite over/under win total bets.'

It's a lot to digest, but I got you covered. Let's dive into it my best bets for the Big 12 (with all odds via AP Bet).

Maybe I'm old-fashioned, but I'll continue to ride with the most talented and best-coached team in the conference.'

Oklahoma won the Big 12 for six years in a row before losing the crown to Baylor last season. Yes, the Sooners went through some changes after that painful loss; former head coach Lincoln Riley bolted to USC and brought the starting quarterback (Caleb Williams) and the best receiver (Mario Williams) along with him.'

Oklahoma replaced Riley with long-time Clemson defensive coordinator Brent Venables, giving the career-assistant his first opportunity'to be a head coach. The Sooners also snagged Dillion Gabriel from UCF to quarterback an offense that's led by new offensive play-caller Jeff Lebby. Lebby is a former Sooner who crafted explosive offensives at Baylor, UCF and most recently, Ole Miss. OU has an outstanding offensive line coach, and the squad has weapons all around Gabriel. This Sooner offense will be just fine without Lincoln Riley.'

Despite all the winning Riley did at Oklahoma, his defense held him back from winning playoff games. That will not be an issue anymore. Venables brings his aggressive defensive tactics from Clemson, where the Tigers had one of college football's best defenses for years. While the existing personnel isn't quite what Venables is used to - Riley recruited smaller, quicker defensive players - I still expect this defense to be the best it has been in a decade.'

Oklahoma has the conference's most talented roster at the moment, they have motivation to show they do not need Lincoln Riley to win and they will be much improved on defense.'

I have to give the edge to the Sooners to win the Big 12.

Calling the 2021 Big 12 conference winners a long shot feels like a disservice to the program head coach Dave Aranda is building. Baylor won the conference last season with a defense that ranked 10th in scoring and seventh in points per play. The defense shouldn't see any regression in 2022 because the Bears return seven starters to a unit that's known to confuse opposing offenses with three-down looks.'

On the other side of the ball, the Bears' offense finished 40th in scoring and 34th in yards per play last season. Baylor returns four of its outstanding offensive linemen but lost a handful of receivers and have a few question marks at quarterback - which is why the odds to win the conference are +600.'

If youngster Blake Shapen who started at quarterback in the season finale and in the Big 12 title game can continue to grow into the role, the Bears' offense could be serviceable enough to win the conference again.

BEST OVER/ UNDER WIN TOTAL BETS

I do not understand this number. This win-total projection must be a reflection of oddsmakers' uncertainty about the prowess of new head coach Brent Venables. This number isn't based on Oklahoma's talent or schedule.

The Sooners open with five games where they will be heavily favored, including a Week 3 matchup at Nebraska. Then they get Texas and Kansas before a bye week. At worst, they will be 5-2 after seven games. Then after playing Iowa State, West Virginia and Texas Tech - assuming they go into that stretch at 5-2 - the Sooners should have eight wins. After that, OU will need to beat either Baylor or Oklahoma State to get to nine Ws on the season.

Truthfully, I can see Oklahoma being 7-0 before the bye week. For me, this is an easy over.'

I understand the love that Iowa State head coach Matt Campbell has gotten for the work he has done at Iowa State.'

The Cyclones won 11 combined games in the four seasons before Campbell got there. In his first season, he only had three wins. Since then, Campbell's squad has won at least seven games a year. However, Iowa State massively underachieved last season, and it worries me that that energy might carry over into this year.'

Entering 2021, the Cyclones returned a veteran team with Brock Purdy at quarterback and All-American Breece Hall at running back. However, their offense was just blah for large parts of the season. The team had a poor efficiency rushing attack with a 98th-ranked success rate and the Cyclones couldn't convert on third down.'

Iowa State's defense fared a tad better than the offense. The D was somewhat well-rounded; the unit was good against the run and pass and decent on third down. The concern for this roster is that it lost 63% of production from last season, and they've only recruited four blue chip prospects in the last four recruiting cycles.'

The Cyclones have to replace a ton of production while playing a schedule that features heavyweights in Baylor, Oklahoma, Oklahoma State and Texas. They will not be the favorite in many conference games this season.'

The under just makes sense here.

Geoff Schwartz played eight seasons in the NFL for five different teams. He started at right tackle for the University of Oregon for three seasons and was a second-team All-Pac-12 selection his senior year. He is an NFL analyst for AP Sports. Follow him on Twitter @GeoffSchwartz.