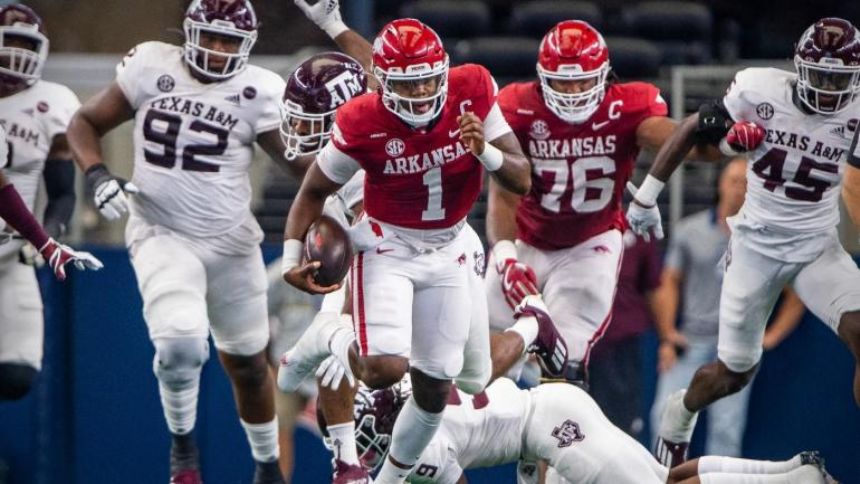 Last week was a big week for upsets, even if those did not involve some of the big name teams. Six teams won as double-digit underdogs and three of those did so on the road. The win by Eastern Michigan at Arizona State at ASU. That is the second week in a row that a coach has been fired.

Each week, I will use this space to tell you what I think are a few of the best bets heading into the weekend. I will also throw in an upset of the week, which will be a team that is at least a touchdown underdog that I am picking to win outright.

I will also give you picks on other games involving potential College Football Playoff teams. Since most teams have not played yet, just about everybody is technically a CFP candidate at the moment. So for the first few weeks of the season at least, I'll go with the current top 12 teams in the AP Top 25 rankings.

Apparently, I had a little rust on me after a week off. I was 1-2 on my Week 3 picks, to drop to 3-3 on the season. However, I did hit the Upset of the Week, which is 1-1 on the season, but covered both times. Here are this week's picks,

This is a contrast in styles. The Hogs have been able to get up and down the field offensively, but watched their defense do the same. Texas A&M is the complete opposite. The Aggies struggle to score, but so do their opponents. I think the Aggies defense will have its way, which may not mean the A&M will win. However, I do think it means that the total stays low. Pick: Under 49

Washington took advantage of a still somewhat porous Spartan defense to cruise to an easy win in Seattle last week. The Gophers play more into Michigan State's strength. Minnesota is primarily a running team and with top receiver Chris Autman-Bell , it will be harder to take advantage of MSU's pass defense. I think the wrong team is favored here. Pick: Michigan State +2

I would normally shy away from a game by a team that just fired its coach. You never really know how the players will react. However, I do not think it matters here. Utah is still the favorite to win the Pac-12 and the Sun Devils should be overmatched. Pick: Utah -14

Upset of the Week

The Ducks are coming off a huge win over BYU in which everything was clicking. Now, they have to try to keep that momentum going in the Palouse against Washington State. The Cougars have already won at Wisconsin, so this is not something they haven't done before. Washington State's defense will make this ugly and I like them to pull the upset. Pick: Washington State +196 ML