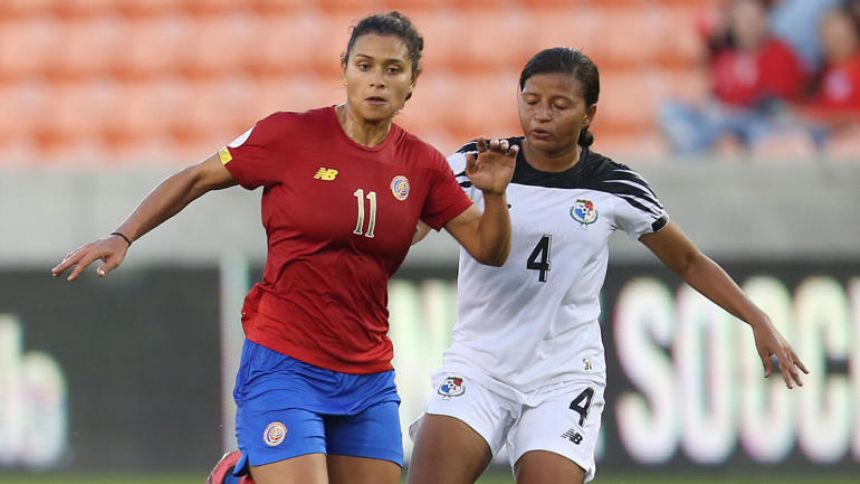 Group B of the 2022 Concacaf Women's Championship is wide open. Two countries looking to advance from it will begin their group stage play on Tuesday in a game between Panama and Costa Rica on Paramount+. The two sides have a history of putting on exciting matches, with the last meeting ending with a narrow 3-2 Costa Rica win. Panama scored two goals in the closing minutes, but ran out of time before it could escape with a draw during a friendly last September. With much higher stakes this week, you can see what happens in their next match when you'stream the match live on Paramount+.

Costa Rica is 8-2 all-time against Panama, but none of those matches were played at a neutral site. Kickoff from BBVA Stadium in Nuevo Leon, Mexico is set for 7 p.m. ET and will be 'streamed live on Paramount+ with their must-have Premium plan.'

Paramount+ now has levels of membership so you can watch the 2022 Concacaf Women's Championship and much more. The Premium Plan is $9.99 per month and you can watch your local AP live stream, including plenty of sports like Champions League, Italian Serie A, college hoops, and the PGA Tour, with no ads, on demand and the ability to download episodes for offline viewing. Plus, watch the highly-anticipated series Halo, Picard, 1883, and more. Both plans come with a free week to start and include soccer matches, so sign up now here.

Before tuning into Tuesday's match, you need to see the Costa Rica vs. Panama picks from SportsLine's soccer insider Brandt Sutton. Sutton, a former collegiate soccer player, has been SportsLine's top soccer editor for nearly five years. He has followed soccer closely for much longer and factors in managerial tactics, projected lineups and past performances to make the most informed decisions possible, keeping his finger on the pulse of the game all over the globe.'

For Costa Rica vs. Panama, Sutton is picking Costa Rica to continue its dominance over Panama with a 2-1 final result. Prior to their 3-2 finish in their last match, they played in another friendly just three days before, and that match ended with a 2-1 Panama win. All four of Costa Rica's goal-scorers from those September fixtures are back on the roster for the women's championship and will be on the hunt for more against a familiar opponent.

"The Panamanians haven't played a competitive match together since their 2-0 victory over El Salvador on April 12," Sutton told SportsLIne. "The Costa Ricans have won three of their last four meetings against Panama, and I expect they'll collect all three points again on Tuesday."'Stream the match now here.