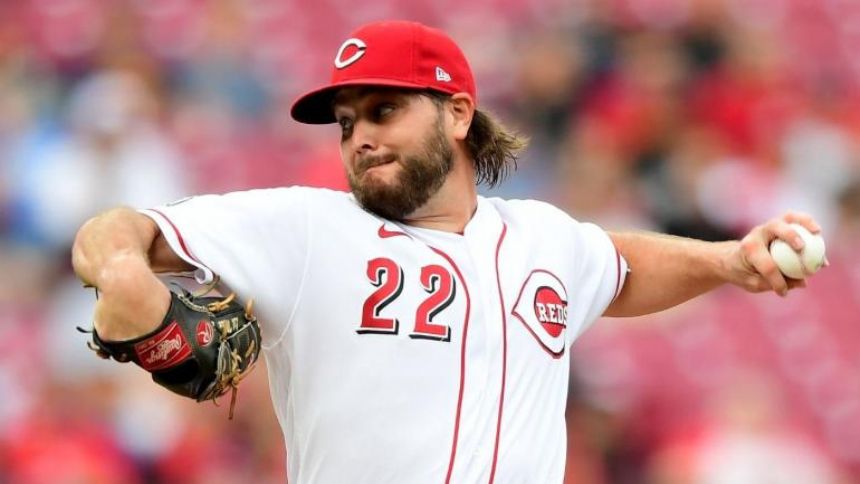 The Cubs got Miley, a 35-year-old lefty, off waivers from the Reds last November and he's making $10 million this season before hitting free agency. He's been out so far this season due to left elbow inflammation in spring training. He made one Triple-A rehab start and it was a dandy, as Miley only gave up two hits in four scoreless innings, striking out three hitters without walking anyone.'

Given that the Cubs are 10-18 and pretty unlikely to contend this season at this point, Miley's return is notable mostly as a potential showcase to other teams around the league.'

In fact, it's pretty fun that it follows Kyle Hendricks' near shutout on Monday night. He got through 8 2/3 before being pulled, as it appeared he was out of gas (he was smiling and even sort of laughing as he was removed).

I mention that it's fun because it's possible the Cubs will have a pair of starters on the trading block come July that are pitch-to-contact guys as opposed to fireballing types that will garner bigger headlines.'

Hendricks isn't nearly as obvious a candidate as Miley. He's signed in 2023 for $14 million (there's a vesting option for 2024, but he'd need to finish in the top three of Cy Young voting and that proverbial ship has sailed). The Cubs have claimed they aren't going to do a massive teardown and last offseason they signed the likes of Marcus Stroman and Seiya Suzuki to back that up.'

Still, Hendricks is 32 years old, past his prime and the Cubs don't exactly look on the cusp of a huge turnaround.'

He's also plenty capable of helping teams, especially if there's a stable of power arms where a front office believes a change-of-pace guy would help. He has been inconsistent, but he's shut down playoff-caliber teams in the Brewers and Padres so far this year. He was pretty good against the Rays, too, even while struggling with command. There's still plenty left in the tank to be a difference-maker in big games. He's no stranger to those, either, having started for the Cubs in 11 playoff games (including the clinching games of the NLCS and World Series in 2016).'

Miley, of course, had a 1.23 ERA in four starts (really three starts, as in one of them he walked the first batter and was removed as part of a strategy) in the 2018 NLCS for the Brewers.'

With Miley and Hendricks, the Cubs have two of the more high-grounder, low-strikeout starters in the league.'

Several teams will be searching for starting pitching help in front of the trade deadline this July. There's no need to get into an exhaustive list, because injuries and other circumstances will change the equation (on May 10 last year, who would have possibly predicted Max Scherzer to the Dodgers, for example?).'

An upper tier of available starters will include high-strikeout types and possibly some aces, like Scherzer last year. Beyond those guys, though, keep an eye on the Cubs with Miley and maybe even Hendricks. They might not be nearly as "sexy" in performance as some of the other names, but there's value to be had.'