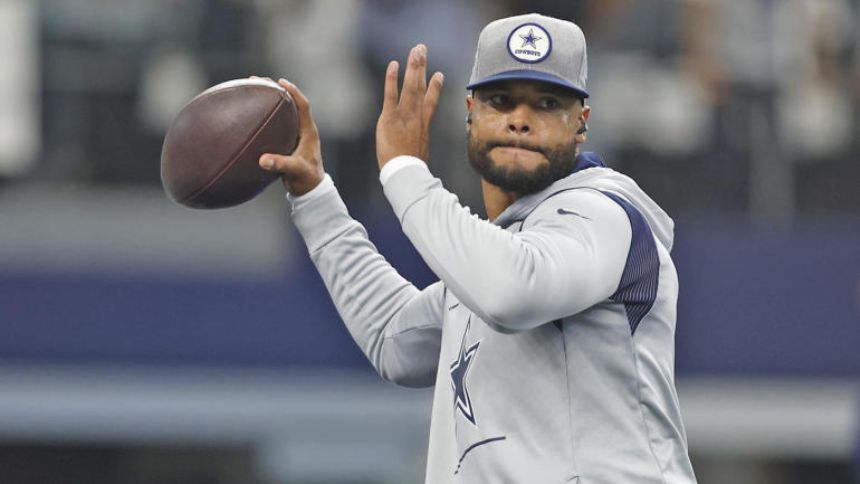 Jerry Jones was not exaggerating when he from thumb surgery. Days after the Cowboys owner suggested the team's star quarterback could be back on the field sooner rather than later, CEO Stephen Jones has confirmed as much. Ahead of Dallas' Sunday matchup with the Bengals, the latter told 105.3 The Fan that Prescott may return to the lineup as early as Week 3 against the Giants, as ProFootballTalk reported.

"He's got a chance, maybe the third or fourth game," Jones said of Prescott's recovery, per PFT. "We'll see what happens."

Jerry Jones had previously indicated that Prescott would not go on injured reserve, which would require at least a four-game absence, because the Cowboys believed he'd resume throwing in the near future: "That's not being optimistic," Jones added. "That's us having good surgery." Coach Mike McCarthy echoed the sentiment later, suggesting he's had to keep Prescott away from practice so as not to tempt the QB to rush his rehabilitation.

Prescott's initial prognosis, after fracturing part of his hand in the Cowboys' season-opening loss to the Buccaneers, was an absence of anywhere from six to eight weeks. The break proved "cleaner" than anticipated, however, and follow-up reports estimated Prescott's return sometime around Week 5-7. If the Pro Bowl signal-caller were actually to suit up for Week 3's Giants game, a Monday night affair that would allow an additional day of recovery beforehand, he would only have missed one game.

In the meantime, the Cowboys are turning to veteran backup Cooper Rush under center. The former undrafted reserve won in place of an injured Prescott in 2021, and led Dallas to a 17-3 lead against the Bengals in the first half of Sunday's game.