Deshaun Watson's suspension drama might not be over: QB's ban could get lengthened if NFL decides to appeal 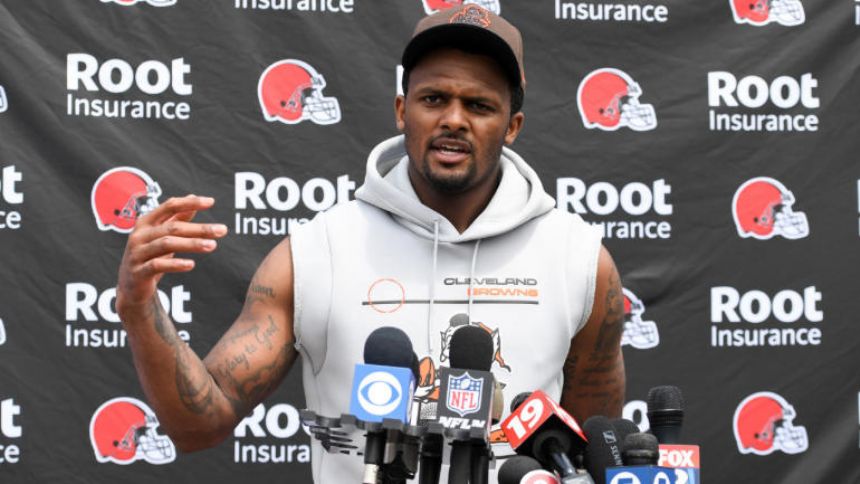 After more than a month of waiting, Deshaun Watson finally found out his fate on Monday. The Browns quarterback , but just because he now knows the length of his punishment doesn't mean the situation is over.'

There's a chance that the length of the suspension could still change and that's because the NFL is allowed to appeal the decision (Watson's camp could also appeal the decision, but the NFLPA previously announced on Sunday that no appeal would be coming from that end).'

If the NFL decides to appeal, it will create a new layer of drama and that's because the appeal would be heard by NFL commissioner Roger Goodell or someone he designates.'

The punishment that was handed down on Monday came from former federal judge Sue L. Robinson, the disciplinary officer who was jointly appointed by both the NFL and NFLPA. Robinson spent just over one month going over the details of the case before rendering her decision, but if the NFL does decide to appeal, the timeline will move much faster than that since the league only has three days to appeal the decision.'

According to multiple reports, the NFL was hoping that Watson and although that didn't happen, the league could still aim for that in a potential appeal.'

Although the new collective bargaining agreement took away Goodell's power to hand out a punishment, he didn't really lose very much power since he's the one who oversees the appeal process.'

Here's the pertinent language in the CBA:'

"The Disciplinary Officer's disciplinary determination will be final and binding subject only to the right of either party to appeal to the Commissioner. The appeal shall be in writing within three business days of the Disciplinary Officer's decision, and any response to the appeal shall be filed in writing within two business days thereafter. The appeal shall be limited to arguments why, based on the evidentiary record below, the amount of discipline, if any, should be modified. The Commissioner or his designee will issue a written decision that will constitute full, final and complete disposition of the dispute and will be binding upon the player(s), Club(s) and the parties to this Agreement."

Based on the language in the CBA, the NFL now has three days to file an appeal in writing. Once the appeal is filed, Goodell (or his designee) will have two days to respond to it.'

If the NFL doesn't appeal, then the case is over and Watson will serve a six-game suspension. It's possible the league will go this route because it doesn't want to undermine Robinson's decision.'

On the other hand, if the NFL does appeal the decision, the process could last another five business days. In that case, Watson would know by Aug. 8 at the latest whether his suspension has been extended.'

Watson was facing 24 sexual misconduct lawsuits, but that number is now down to just one. The Browns quarterback and then followed that up by settling three of the remaining four cases on Monday morning.'