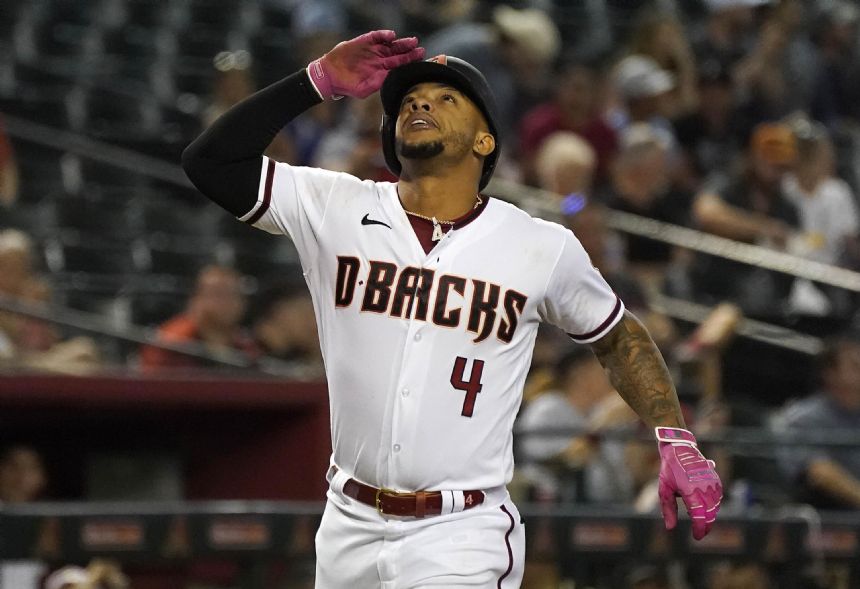 The Diamondbacks have won six of seven. The Marlins have dropped eight of nine and lead the majors in one-run losses with 10.

Marte broke a 3-all tie in the sixth when he smashed a 438-foot homer into the right-center seats. It's been a tough start to the season for the 2019 All-Star, who came into the game hitting just .206 after signing a $76 million, five-year deal during spring training that will keep him with the team through 2027.

Marte - who plays second base - started a nifty double play to end the game, ranging far to his left for a grounder before jumping, turning and firing to Nick Ahmed at second, who relayed to first for the final out.

Arizona jumped out to a 2-0 lead in the first in a back-and-forth start to the game. Walker drove a run-scoring double down the left-field line, and Josh Rojas brought home the second run on a bunt single.

Miami bounced back in the second, tying it at 2 on Jacob Stallings' two-run single.

Arizona jumped ahead 3-2 in the second, but Garrett Cooper drove a solo homer to right in the fourth that tied it up again.

The Diamondbacks got a decent start on the mound from Humberto Castellanos, who gave up three runs over 5 1/3 innings. Arizona's starting rotation came into the game with a 2.21 ERA, which is the second-best mark in the majors behind the Dodgers.

Kyle Nelson (1-0) earned his first big-league win with a scoreless inning of relief. Mark Melancon picked up his sixth save, working around a leadoff single.

Miami starter Elieser Hernandez (2-2) gave up four runs, including three earned, over 5 1/3 innings. He was chased in the sixth inning after Marte's tie-breaking homer.

Diamondbacks: INF Sergio Alcantara was claimed off waivers by the San Diego Padres. Alcantara was designated for assignment by the D-backs on May 6. Alcantara struggled during his brief time with Arizona, batting .189 with a homer in 53 at-bats.