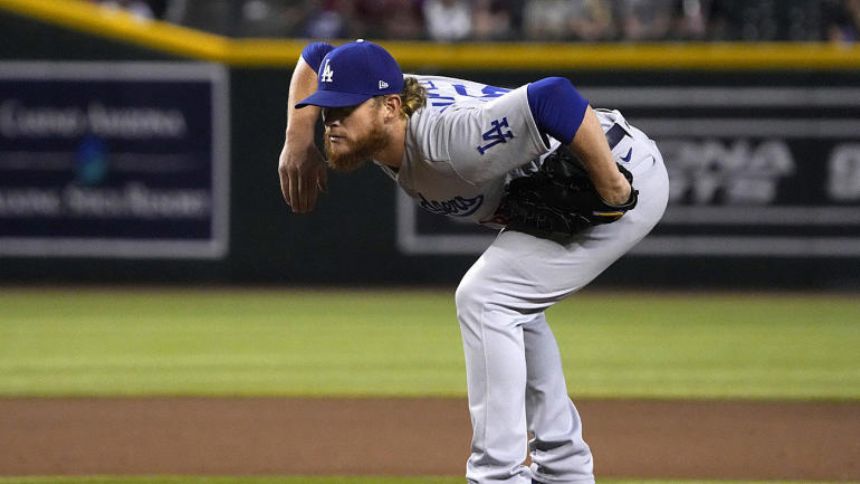 The Dodgers are 104-46 entering Friday's game against the Cardinals. They have already clinched the NL West and will very likely end up with the best record in baseball and franchise record for wins in a season. They could even approach the most wins ever (116, which they could tie if they win out, although that's unlikely).'

What could derail them?'

Well, ninth-inning problems would certainly be on the list of possibilities. On that front, manager Dave Roberts told reporters Friday that Craig Kimbrel has been removed from the role of closer. Answers to possible questions:'

Kimbrel has saved 22 games in 27 chances, but that is far from telling the whole story. He has a 4.14 ERA and 1.34 WHIP, which are pretty terrible for a closer on a 100-plus win team, but, again, those don't tell the whole story.'

Control is an issue with 23 walks in 54 1/3 inning in addition to hitting five batters and having uncorked seven wild pitches. Night to night, you never know if Kimbrel will be able to throw strikes. Command is a big problem, too. If he does throw strikes, he still seems to be missing spots. There's inconsistency within his pitches, too. Sometimes he can locate the fastball and sometimes he can't. Sometimes it's the curve he's locating (or not locating). It seems to vary outing to outing, where they are left figuring out which pitch is acceptable to use on that night.'

As for the ninth-inning options, Roberts has some good candidates. Evan Phillips has been brilliant pretty much all season. Lefties Alex Vesia and Caleb Ferguson have also been worthy of consideration. Chris Martin has been outstanding since his acquisition at the trade deadline. Brusdar Graterol has the look and feel of a big-time closer. Blake Treinen has been an elite closer before, though his health can't be counted on right now and shouldn't be counted on for the long haul at this point.'

Expect Roberts to play around with the back-end of the bullpen in the coming days as he hopes to fall into a good place before they begin the NLDS at home on Oct. 11.'