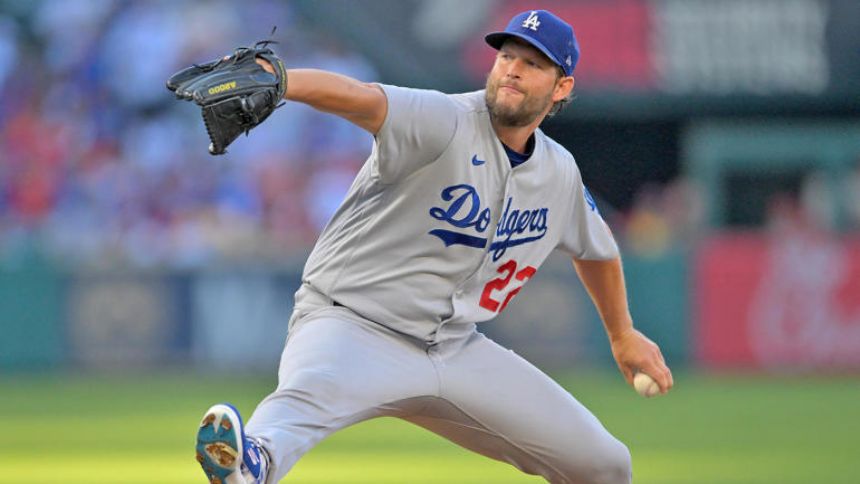 The Los Angeles Dodgers (71-33) will look to sweep the San Francisco Giants (51-54) on Thursday afternoon at Oracle Park. Los Angeles is coming off a shutout 3-0 victory over San Francisco on Wednesday night. Clayton Kershaw (7-3, 2.66 ERA) is starting for the Dodgers, while Jake'Junis (4-2, 2.78 ERA) will be on the mound for the Giants.

The first pitch is set for 3:45 p.m. ET from San Francisco. The Dodgers are the -220 money line favorite (risk $220 to win $100) in the latest Dodgers vs. Giants odds from Caesars Sportsbook, while the Giants are a +180 underdog. The over-under for total runs scored is eight. Before making any Giants vs. Dodgers picks, you need to the MLB predictions and betting advice from SportsLine's advanced computer simulation model.

Now, the model has set its sights on Dodgers vs. Giants and just locked in its picks and MLB predictions. You can head to SportsLine now to see the model's picks. Now, here are several MLB odds and betting lines for Giants vs. Dodgers:

The three-time Cy Young-winning Kershaw will be on the hill for the Dodgers. He can be dominant on the mound due to his impressive mentality, array of pitches, and amazing command. Kershaw has a good fastball and slow curve to keep batters off-balance. The nine-time All-Star can rack up strikeouts and produce plenty of ground balls.

First baseman Freddie Freeman has been playing outstanding in his first season out in Los Angeles. Freeman is a hitter who knows how to make consistent contact, owns good bat speed and leads the NL in both hits (132) and doubles (36). He has reached base safely in nine straight games and owns a .425 on-base percentage during this streak.

Infielder Wilmer Flores is a smooth hitter who also has great hands, bat speed, and plate coverage. Additionally, the 30-year-old is a reliable defender with sound instincts and a strong throwing arm. Flores is hitting .253 with 16 dingers and 56 RBI, and he heads into this game on a five-game hitting streak.

Outfielder Luis Gonzalez is an athletic playmaker who owns a smooth left-handed swing that can spray the ball anywhere on the field. The 26-year-old was the May NL Rookie of the Month as he hit .368 over 23 games in May. A few days into August, Gonzalez is batting .400 this month and has reached base safely six times over the three games.

SportsLine's model is leaning over on the total, projecting 8.4 combined runs. It also says one side of the money line has all the value. You can only get the model's MLB picks at SportsLine.

So who wins Giants vs. Dodgers? And which side has all the value? Visit SportsLine now to see which side you need to jump on, all from the model that has crushed its MLB picks, and find out.