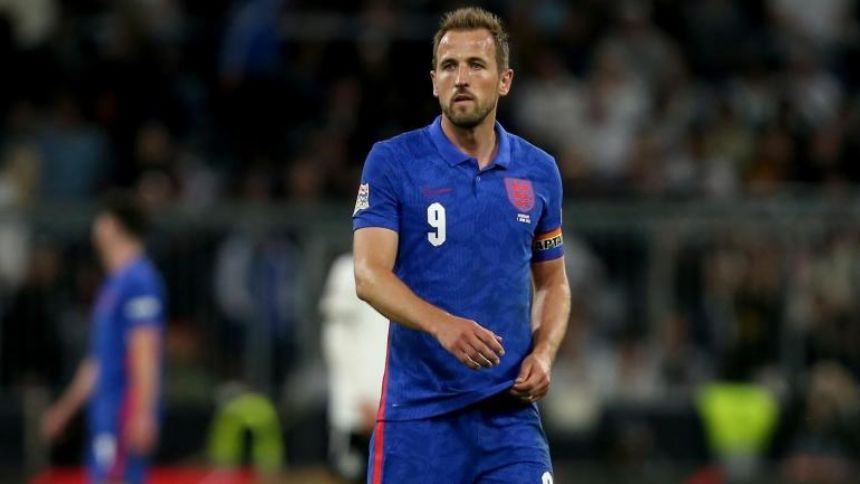 are trying to avoid the humiliation of relegation at the 2022-23 UEFA Nations League, and they face a tough matchup Friday with Italy at San Siro Stadium in Milan. The Three Lions (0-2-2) sit at the bottom of League A's Group 3 with two games left, while the Azzurri (1-2-1) are third in the table. The Italians are just two points behind Hungary, with those two teams scheduled to meet next Monday, and points from this match could be critical. The winner of the group advances to the four-team Nations League Finals next June, while the last-place team heads down to League B for the next campaign. The Italians have dominated this series, going 8-3-2 in competitive matches all-time. The teams played to a 0-0 draw in their first Nations League meeting, back in June in , England. The Three Lions are preparing for what they hope will be a fruitful World Cup, while Italy failed to qualify for Qatar 2022. ''

Kickoff is set for 2:45 p.m. ET. Caesars Sportsbook lists England as the slight +145 favorites (risk $100 to win $145), with Italy the +180 underdogs on the 90-minute money line in its latest Italy vs. England odds. A draw is priced at +200 and the over/under for total goals is 2.5, with the under juiced to -170. Before locking in any Italy vs. England picks or bets, you need to see the 2022-23 UEFA Nations League predictions from proven soccer insider Martin Green.'

After working in the sports betting industry for several years, Green became a professional sports writer and handicapper and has covered the game worldwide. Since then, his European soccer picks have been stunningly accurate. Green has generated almost $33,000 for $100 bettors since the 2017-18 season, and he is 25-19-1 over his past 45 soccer picks overall. He has his finger on the pulse of the game all over the globe.

Now, Green has broken down the England vs. Italy matchup from every angle and just locked in his picks and Nations League predictions. You can head to SportsLine now to see his picks. Here are the betting lines and trends for Italy vs. England:

Why you should back England

The Three Lions should put out their best for Friday's match, as they want to avoid the embarrassment of being sent down. They also have just two games left to get ready for the World Cup, with their first match against on Nov. 21. The likes of , , and should get plenty of opportunities against an Italy team that was hammered 5-2 by in their last match in June. England are far more talented and experienced than an Italian squad that is rebuilding and has no World Cup motivation.

Kane has been in fine form in the English Premier League with Tottenham, scoring six goals in seven matches. Foden has three goals and four assists in all competitions with , and Mount is off to a slow start with but is a creative force. England held the ball for 60 percent of the meeting in June and had a 12-8 advantage in shots. They should be a little fresher this time around. England's struggles in the Nations League could be attributed to weariness, as the tournament's start came on the heels of a busy season for the top players. '

Why You Should Back Italy

The Azzurri should have confidence from their previous success against England, including a win on penalties in the Euro 2020 final. The team is young overall, but it still has veteran leadership in the form of captain at the back and midfielders and . It also is blessed with talented young attackers, including 18-year-old , who scored against Germany, and , 22. has 15 goals for the national team and has five in seven matches with in Serie A, so he can get the job done.

The Three Lions have scored just one goal and allowed six in their four matches. Italy have allowed seven, but five were against the Germans. Italian goalkeeper is one of the best young players in the world, and he leads Ligue 1 in clean sheets (five in eight matches) and save percentage (85.7). The young players will be out to atone for the humiliating loss to Germany and prove to manager Roberto Mancini that they should be part of the team's future. Italy had held the Germans to a 1-1 home draw in their Nations League opener.'

How to make Nations League and Italy vs. England picks

Green has broken down the England vs. Italy matchup from every angle and revealed his best bets. He is leaning Under on the goal total and provides two confident best bets, including a strong plus-money play. He's only sharing his UEFA Nations League picks here.

So, who wins Italy vs. England in Friday's UEFA Nations League showdown? And where does all the betting value lie? Visit SportsLine now to see the best bets for the England vs. Italy match, all from the European soccer expert who has generated almost $33,000 for $100 bettors over the past four seasons, and find out.