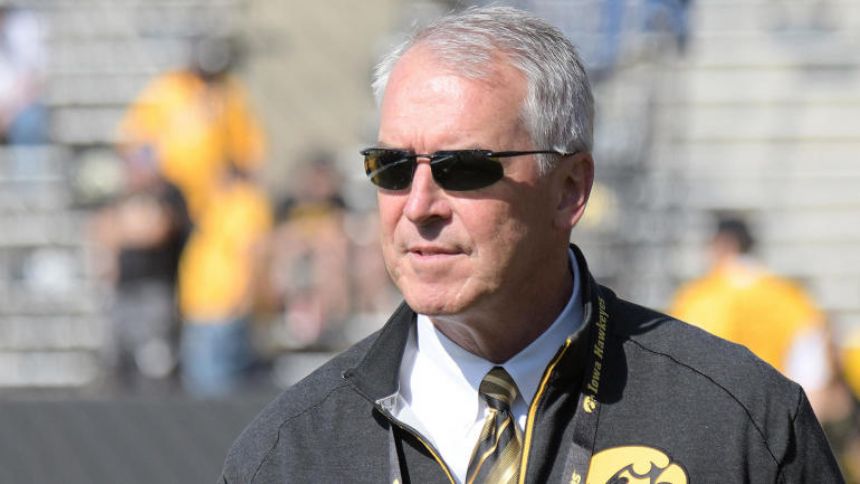 Former College Football Playoff chair Gary Barta believes he has a solution for the quickly ballooning name, image and likeness market, which has the NCAA and its member institutions scrambling for guardrails nearly a year after its inception. Barta, Iowa's athletic director, suggested on the'"Fight for Iowa" podcast'Thursday that repealing the NCAA's one-time transfer policy would slow a feverish transfer market fueled by booster collectives disguising pay-for-play deals as NIL.'

Enacted a year ago, the policy allows undergraduates to transfer one time while maintaining immediate eligibility.

"The transfers -- again, allowing a student transfer without having to sit a year -- if it wasn't for NIL, it's a good move ... a good idea," said Barta. "Now, when you combine it with NIL, it has just become what many have called it: the 'Wild, Wild, West.' One idea ... and I'm pursuing this and throwing it out [there] is, if we can't totally control NIL, then let's go back and put a one-year [sit]. If you transfer, you don't have to lose your scholarship, but you must sit out a year. Because we can control that. And that I think [it] would slow down the NIL deals because a booster isn't going to offer a student-athlete a big sum of money if they know they come to their university and have to sit out a year."

Unlike others in his position, Barta called NIL "a good thing ... but what has happened is it is now being used for recruiting inducements. That was never intended. It still is against the rules, but it's blatantly being abused."

The NCAA agrees. The Board of Directors on Monday in an effort to dissuade boosters and collectives from promising high school prospects and potential transfers NIL deals.

It's possible reverting back to a previous rule forcing athletes to sit out a year of competition after transferring could curtail the massive influx of portal entrants hoping to cash in on more lucrative NIL deals elsewhere. Booster collectives that have popped up to support their school's NIL endeavors have a target squarely on their back now.'

The NCAA's blanket year of eligibility in the wake of COVID-19 has also contributed to roster management difficulty, however, and putting the toothpaste back in the tube by restricting freedom of mobility for players just one year after they gained it could prove difficult.