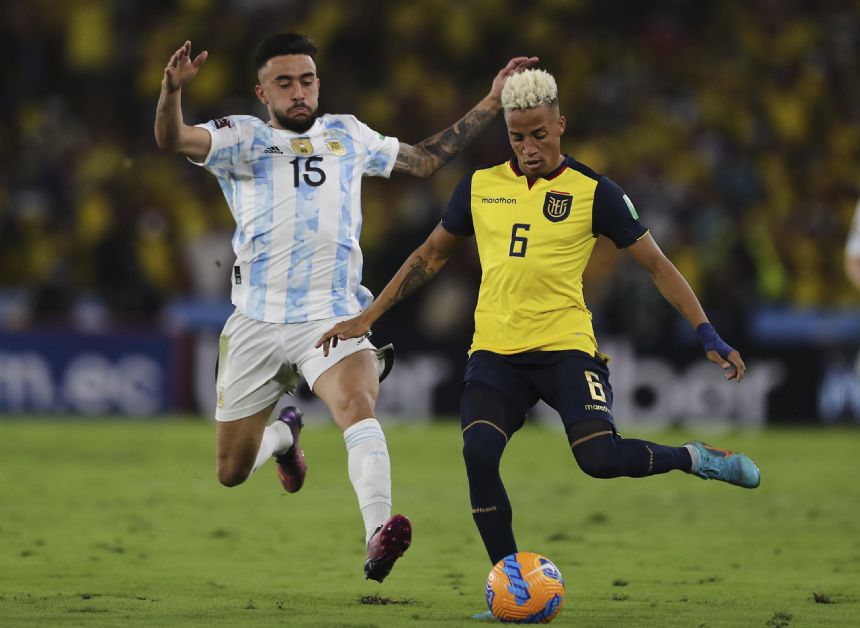 GENEVA (AP) - FIFA opened a disciplinary case Wednesday looking into whether Ecuador fielded an ineligible player during World Cup qualifying, a case that could see the country thrown out of this year's tournament in Qatar.

FIFA opened a disicplinary case after Chile filed a formal complaint last week alleging that Byron Castillo is Colombian and should not have been allowed to play for Ecuador in eight qualifying games. Ecuador now risks having to forfeit those games - including one win and a draw against Chile - as 3-0 losses.

Ecuador finished fourth in South American qualifying to grab the continent's last automatic berth for the World Cup. It was drawn into a group with Qatar, the Netherlands and Senegal.

Chile finished seventh, but could vault into the qualifying places if it was awarded six points from its games against Ecuador, along with the better goal difference.

Castillo did not play in games against fifth-place Peru or sixth-place Colombia.

Regardless of the outcome of the case, Peru could yet qualify for the World Cup as it is scheduled to play an intercontinental playoff game against Australia or the United Arab Emirates on June 13 in Doha.

FIFA said it has asked the Peruvian soccer association to submit its position on the Castillo case as well.

The FIFA investigation will look at "allegations concerning the possible falsification of documents granting Ecuadorian nationality to the player," soccer's governing body said.

A FIFA ruling is likely needed within a month, ahead of the intercontinental playoffs.