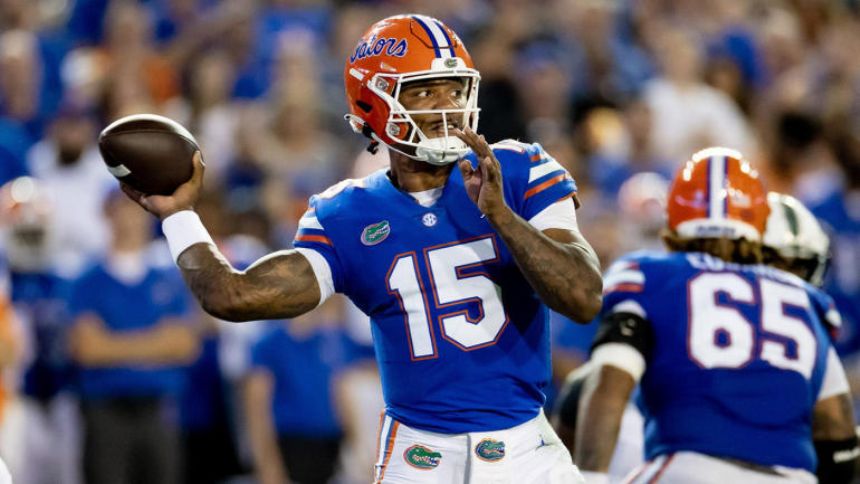 Florida has defeated Tennessee 16 of the last 17 teams times they have played. When the No. 20 Gators travel to face the No. 11 Volunteers on Saturday in the SEC on AP Game of the Week, however, they will be double-digit underdogs for the first time in series history. Tennessee is off to a 3-0 start in Year 2 under coach Josh Heupel, but if it wants to keep the momentum rolling, it will have to exorcise the demons of seasons past and take care of a Florida team that has already seen its share of ups and downs.

The Gators began the season with a bang by knocking off then-No. 7 Utah 29-26 in first-year coach Billy Napier's debut. But after rising to No. 12 in the wake of that win, Florida lost 26-16 at home to No. 8 Kentucky the following week before squeaking out a 31-28 win over South Florida in Week 3.

Which version of Florida will show up at a sold-out Neyland Stadium in Knoxville, Tennessee, is a mystery, and the legitimacy of the Volunteers is a fair question as well. Wins over MAC foes Ball State and Akron revealed little about their fortitude, and an overtime win at Pittsburgh came as the Panthers dealt with injuries to their top two quarterbacks. This meeting once helped decide the winner of the SEC East on an annual basis. No. 1 Georgia is the unquestioned favorite in the division now, but this meeting nonetheless shapes up as a fascinating top-20 battle between long-time rivals.

Florida vs. Tennessee: Need to know

Anthony Richardson's performance: Which version of Florida shows up depends in large part on which version of Anthony Richardson shows up. Florida's redshirt sophomore quarterback is 24 of 53 for 255 yards with four interceptions and no touchdown passes in the last two games. In the Utah victory, though, he put the Gators on his back by repeatedly delivering in clutch moments on the ground and through the air. If Richardson is near his best, Florida's improve dramatically.

Tennessee's defense: After finishing 99th nationally last season in total defense, the Volunteers appear to be improved this season. They rank 51st nationally in total defense at the moment, but that could be a mirage. While holding Pitt to 415 yards in an overtime win during Week 2 appeared to mark progress, the Panthers lost starting quarterback Kedon Slovis to injury just before halftime, and backup Nick Patti played through an injury in the second half. A strong showing here would go a long way toward legitimizing the signs of progress seen for the Vols defensively.

Checker Neyland: Tennessee is encouraging its fans to "Checker Neyland" for the game, assigning fans to wear either orange or white based on their section. While the pattern created in the stadium makes for an impressive visual, Tennessee's history when Neyland is checkered is well ... checkered. The team's Checker Neyland game last season was an infamous loss to Ole Miss when play was paused after fans threw items onto the field. Tennessee is 1-1 against Florida in Checker Neyland games but just 1-4 overall since the tradition started in 2014.

How to watch Florida vs. Tennessee live

Florida has won 16 of the last 17 games in this series, and the Volunteers have only won this game by more than 10 points once in the past 30 years. History aside, Tennessee's status as a double-digit favorite seems to overvalue its win against a hobbled Pitt team and undervalue Florida's win over Utah. The Gators have looked bad the last two weeks, but there is enough talent on the roster -- as shown in that win over the Utes -- for them to keep things close against a Tennessee program that is earlier in its rebuild than a No. 11 ranking might suggest.'Prediction: Florida +10.5