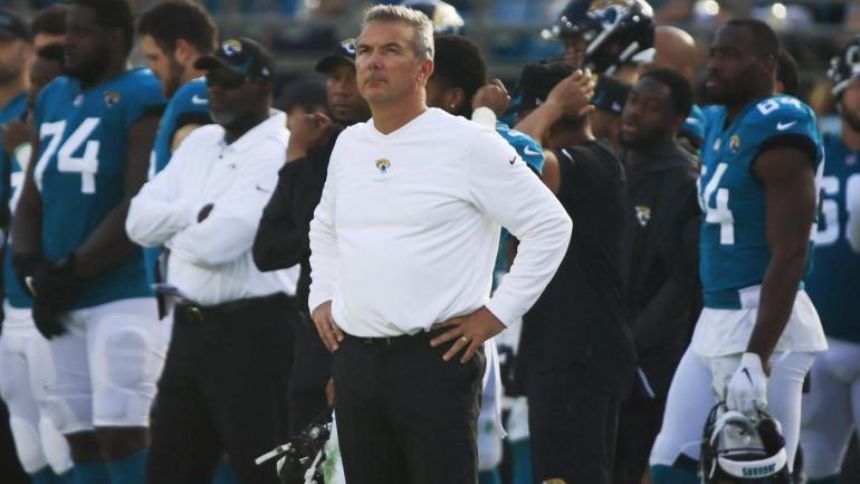 The Jacksonville Jaguars are still dealing with the Urban Meyer fallout that embarrassed the organization last year. Josh Lambo'has brought the Meyer disaster to the forefront once again, suing the organization as he seeks his $3.5 million salary for 2021, plus damages for emotional distress.

Per the Tampa Bay Times, Lambo's lawsuit claims his performance suffered as a result of being kicked and verbally abused by Meyer last year. It also claims Meyer and the Jaguars created a hostile work environment -- and the incident affected Lambo's ability to sleep, practice, and perform his job the way he was accustomed to in his prior seven seasons. Lambo missed all three of his field goal attempts in four games before he was released in October.'

Back in August, Meyer allegedly kicked Lambo as he was stretching with his teammates at practice before the team's final preseason game against the Dallas Cowboys.'

"I'm in a lunge position. Left leg forward, right leg back," Lambo told the Tampa Bay Times last year. "Urban Meyer, while I'm in that stretch position, comes up to me and says, 'Hey Dips--t, make your f--king kicks!' And kicks me in the leg."

Lambo missed a field goal attempt in each of the team's first two preseason games, which caused the alleged incident to occur. Lambo reported the incident to his agent, who informed the Jaguars' legal council. The Jaguars offered to speak with Lambo, but "there was no recollection of being able to speak with the legal team."'

"It certainly wasn't as hard as he could've done it, but it certainly wasn't a love tap," Lambo said back in December. "Truthfully, I'd register it as a five (out of 10). Which in the workplace, I don't care if it's football or not, the boss can't strike an employee. And for a second, I couldn't believe it actually happened. Pardon my vulgarity, I said, 'Don't you ever f--king kick me again!' And his response was, 'I'm the head ball coach, I'll kick you whenever the f--k I want.'"

Meyer has said that Lambo's'

"(General manager) Trent (Baalke) and I met with him on multiple occasions to encourage his performance, and this was never brought up," Meyer said in the Tampa Bay Times article from December. "I was fully supportive of Josh during his time with the team and wish him nothing but the best."