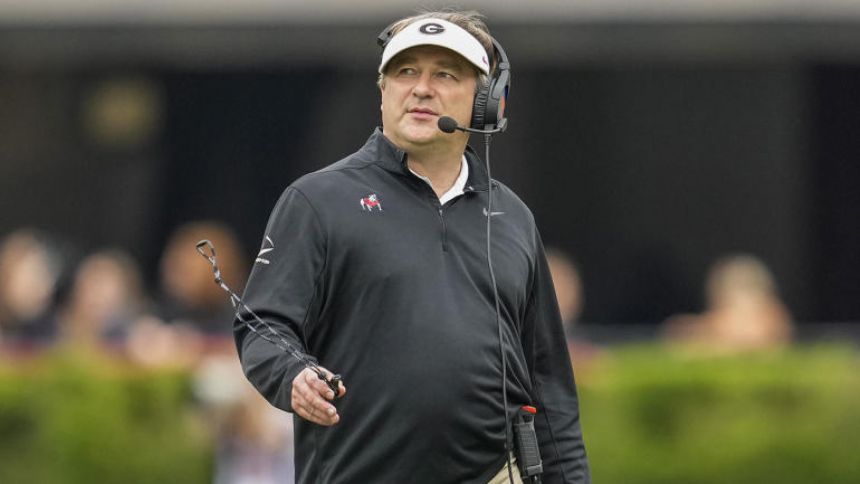 The confluence of the transfer portal and a player's ability to benefit financially from their name, image and likeness has created a wave of issues for college football coaches who have to consistently recruit their own rosters in addition to searching for transfers and recruiting high school athletes. The most notable of which is tampering, a practice that is forbidden by NCAA rules.

Georgia coach Kirby Smart has been on both sides of the equation. He benefitted from the addition of several players during last year's national title run including ex-Clemson defensive back Derion Kendrick but lost former wide receiver Jermaine Burton to Alabama shortly after the win over the Crimson Tide in the College Football Playoff National Championship.'

So how does tampering happen? Smart addressed the issue on Friday's edition of the Paul Finebaum Show.

"I don't believe there's as much tampering as people think," he said. "There are kids who grow up thinking 'if it doesn't work out here, I should go somewhere else.' Tampering comes from the player searching somewhere else, not from a coach reaching out. Look, I've had kids reach out to me from other programs and call and say things, and you can't talk to them. I know it happens from our place out and from other places. I don't worry as much about tampering as I do about: are we doing the right thing for the kids when they have adversity or things are tough?"

The tampering discussion has kicked into overdrive this week after Louisville coach Scott Satterfield suggested that it could have played a role in former Cardinals' receiver Tyler Harrell's decision to head to Alabama. Coach Nick Saban addressed that concern on Wednesday.

"I think that it's really hard to control third parties, whether it's direct or indirect," . "When you have a guy leave your program to go someplace else the day after a game -- I don't have any evidence that anything happened and I'm not making any accusations, but it makes you wonder, I guess. But hopefully we have enough honesty and integrity out there among us professionally in our sport that people are going to abide by the rules."

The NCAA announced last offseason that players will be able to transfer and keep their immediate eligibility if they enter the transfer portal before May 1. Since then, a wave of players have entered the portal in the hopes of earning playing time and more NIL money from local businesses and collectives.