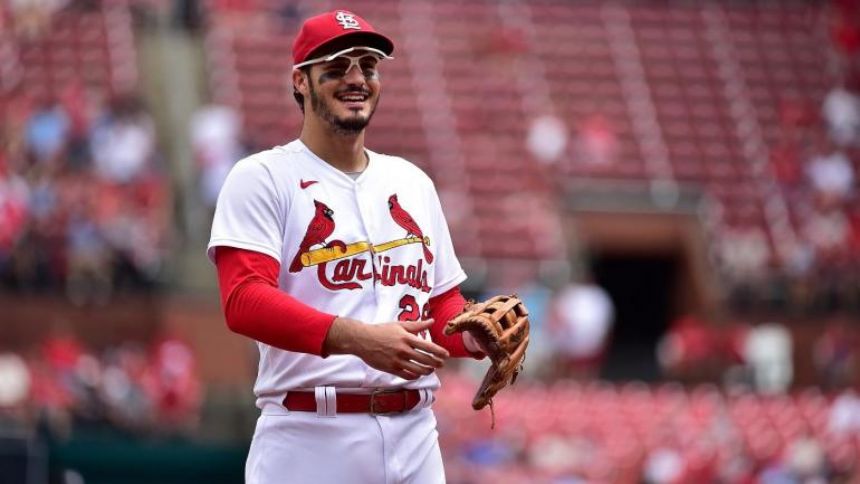 National League contenders square off on Saturday afternoon at Busch Stadium. The St. Louis Cardinals host the San Francisco Giants in the first MLB matchup of the day. Both teams enter with winning records in 2022, attempting to follow postseason appearances in 2021. Dakota Hudson takes the ball for the Cardinals, with Jakob Junis scheduled to start for the Giants.'

First pitch is at 2:15 p.m. ET in St. Louis. Caesars Sportsbook lists both teams at -110 on the money line, while the Over-Under, or total number of runs Vegas thinks will be scored, is 8 in the latest Giants vs. Cardinals odds. Before you make any Giants vs. Cardinals picks, you need to see the MLB predictions and betting advice from SportsLine's advanced computer simulation model.

The SportsLine Projection Model simulates every MLB game 10,000 times and it is off to a sizzling start to the 2022 season. It's on a 31-19 roll on top-rated MLB money-line picks through five weeks, returning almost $800 for $100 players. Anyone following it has seen huge returns.

Why you should back the Giants

The Giants are coming off a 107-win season in 2021, and also finished in the top two of the National League in home runs, runs scored, hits, walks, batting average, OPS, and on-base percentage. In 2022, the Giants arrived in St. Louis with top-three marks in runs scored (155), stolen bases (20), and on-base percentage (.327), and that isn't the end of the story. Entering the weekend, the Giants rank in the top five of the NL in hits (255), home runs (32), and walks (117), while the Cardinals are below the NL average in myriad categories including home runs, hits, doubles, on-base percentage, walks, and slugging percentage.'

On the run prevention side, San Francisco's bullpen is outstanding with a 47.7 percent ground ball rate, and starting pitcher Jakob Junis has a 1.20 ERA with 15 strikeouts and only three walks in 2022.

Why you should back the Cardinals

St. Louis has a very strong pitching projection. Dakota Hudson has a 3.56 ERA in six starts this season, and he boasts a stellar 3.18 ERA in his career since debuting in 2018. Hudson does his best work in keeping the ball out of the air, generating a 59.8 percent ground ball rate in 2022 and a 57.9 percent mark for his career. Right-handers struggle against Hudson to the tune of a .663 career OPS, and he has a 2.95 career ERA against the Giants.'

St. Louis also entered the weekend series with the National League's best bullpen ERA at 3.00, and Cardinals relievers have a walk rate of 2.85 per nine innings. The Giants entered the weekend dead-last in the NL in doubles and No. 12 in triples, with the Cardinals leading the National League in both stolen bases (27) and strikeout avoidance on offense.

How to make Giants vs. Cardinals picks

SportsLine's model is leaning over on the run total, and it says one side of the money line has all the value. You can only get the model's MLB picks at SportsLine.