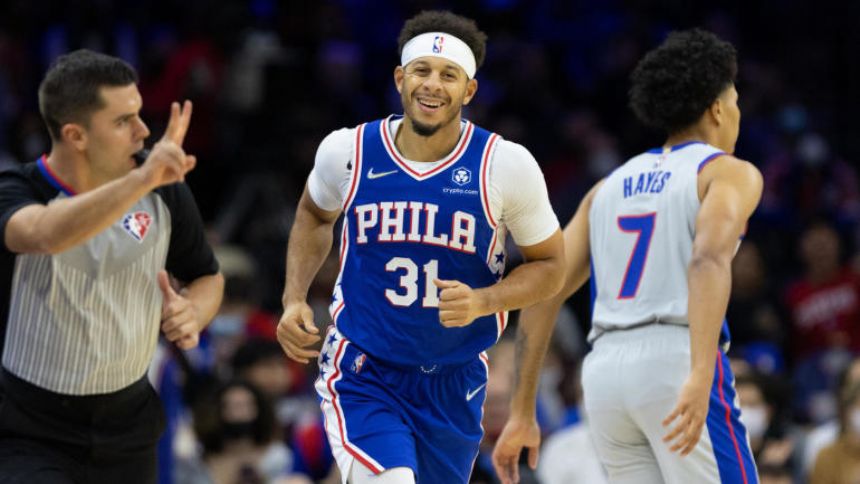 Tipoff is set for 8 p.m. ET. Miami is favored by two points in the latest Heat vs. 76ers odds from Caesars Sportsbook, and the over-under is set at 208.5. Before entering any 76ers vs. Heat picks, you'll want to see the NBA predictions from the model at SportsLine.

The SportsLine Projection Model simulates every NBA game 10,000 times and has returned well over $10,000 in profit on its top-rated NBA picks over the past three-plus seasons. The model enters Week 13 of the 2021-22 NBA season on a stunning 52-28 roll on all top-rated NBA picks, returning almost $2,000. Anyone following it has seen huge returns.

Now, the model has set its sights on Heat vs. Sixers. You can head to SportsLine to see its picks. Here are several NBA betting lines for Sixers vs. Heat:

The Heat didn't have too much room to spare in their contest with the Atlanta Hawks on Friday, but they still walked away with a 124-118 victory. It was another big night for Miami's small forward Jimmy Butler, who posted a double-double on 23 points and 10 dimes.

Bam Adebayo (thumb) remains out at least one more game, but Omer Yurtseven has been productive in his spot. The big man has been churning out double-doubles on a consistent basis and he scored 17 points and grabbed 11 boards in Friday's win. Miami has won four straight games straight-up and has covered in five straight.

Meanwhile the Sixers wrapped up a 111-99 win at home against the Celtics on Friday. Sixers' center Joel Embiid dropped a double-double on 25 points and 13 boards in addition to six assists. It was the eighth win in nine games for Philadelphia.

Danny Green (hip) and Matisse Thybulle (shoulder) remain day-to-day, while Shake Milton (back) is out indefinitely. Embiid is healthy, but it's always good to monitor his status during back-to-backs. Tobias Harris (18.3 ppg), Tyrese Maxey (16.8 ppg) and Seth Curry (16.2 ppg) have been the other big producers on offense.

The model is leaning over on the total, and it's also generated a point-spread pick that is hitting in over 50 percent of simulations. You can only see the pick at SportsLine.

So who wins Heat vs. Sixers? And which side of the spread hits over 50 percent of the time? Visit SportsLine now to find out, all from the model that has crushed its NBA picks.