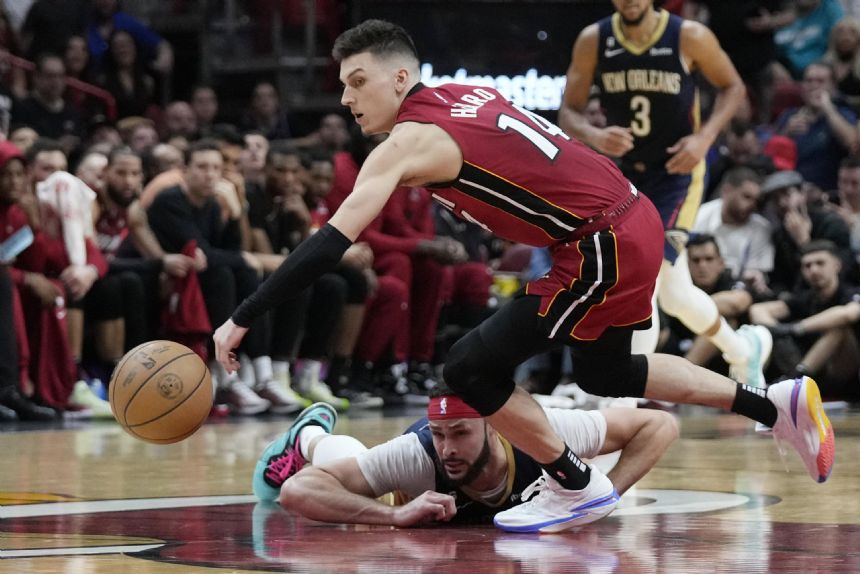 MIAMI (AP) - Tyler Herro scored 26 points, Kyle Lowry had nine straight for Miami in the final moments and the Heat rallied to beat the New Orleans Pelicans 100-96 on Sunday.

Bam Adebayo and Jimmy Butler each scored 18 for Miami, which trailed by 16 in the first half. Lowry scored 17 for the Heat, the last nine of those coming in a span of 1:42 down the stretch.

Trey Murphy III had 17 for New Orleans, which got 14 points and 16 rebounds from Jonas Valanciunas. CJ McCollum scored 13 and Larry Nance Jr. added 12 for for the Pelicans.

New Orleans' 25th turnover came on a five-second violation with 15.1 seconds left, with the Heat up by two. The Heat needed two time-outs before they could get the ball inbounds, and wound up losing a jump ball anyway with 12.2 seconds remaining.

McCollum got a good look at a 3-pointer on the ensuing possession, but it rimmed out and Miami's Victor Oladipo put the game away with two free throws.

The Clippers won consecutive games for the first time since Dec. 26-27, while the Mavericks have lost four of their last five games and seven of 10.