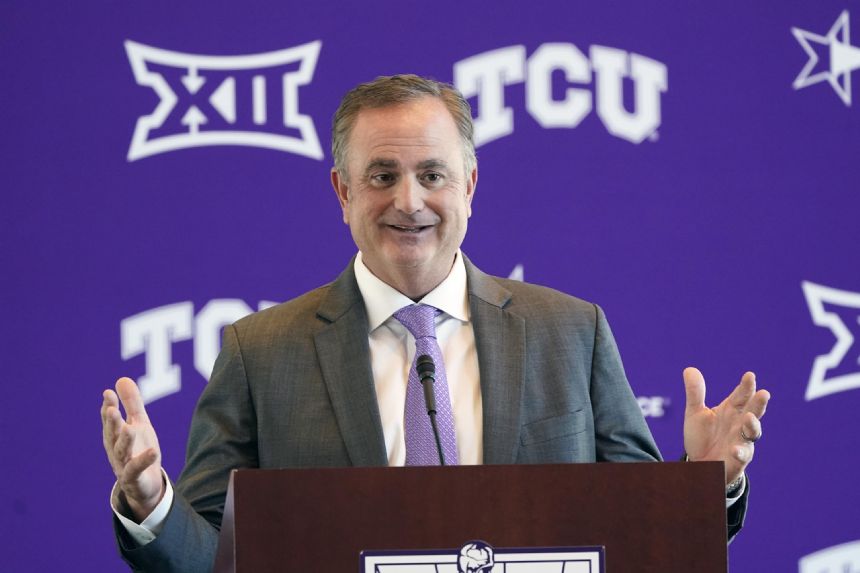 The Horned Frogs kick off the Sonny Dykes era after hiring the longtime coach away from SMU to take over for Gary Patterson. Dykes went 30-18 in four seasons with the Mustangs. Dykes has a pair of quarterbacks he could use in Max Duggan and Chandler Morris. Duggan started 29 games the past three seasons and Morris started twice last year while Duggan was out with fractured foot. The Buffaloes have yet to name a quarterback. Incumbent Brendon Lewis has been competing against J.T. Shrout, who missed last season with a knee injury.

S Mark Perry transferred to the Horned Frogs after a productive three seasons at Colorado. Perry had a team-best three interceptions for the Buffaloes. He will try to help keep in check Colorado receivers Daniel Arias and R.J. Sneed along with TE Brady Russell.

TCU: The Horned Frogs secondary. The team recently had seven players named to the watch list for the Senior Bowl, including S Millard Bradford and CBs Noah Daniels and Tre'Vius Hodges-Tomlinson. Hodges-Tomlinson had two interceptions last season, one of which he returned for a score.

Colorado: TB Alex Fontenot, who will be the primary ball-carrier after Jarek Broussard transferred to Michigan State, led the Buffs in rushing in 2019.

Although Colorado and TCU have never played on the football field, Dykes has history with the Buffaloes. He lost to the Buffaloes 41-24 in 2013 while coaching at California and beat Colorado the following year 59-56 in two overtimes. ... The Horned Frogs open their season on a Friday for the first time since 2011 when they lost 50-48 at Baylor. ... Colorado will honor late receiver Cliff Branch, who was inducted into the Pro Football Hall of Fame in August. ... Colorado opens against a Power Five nonconference opponent for the first time since 1996.