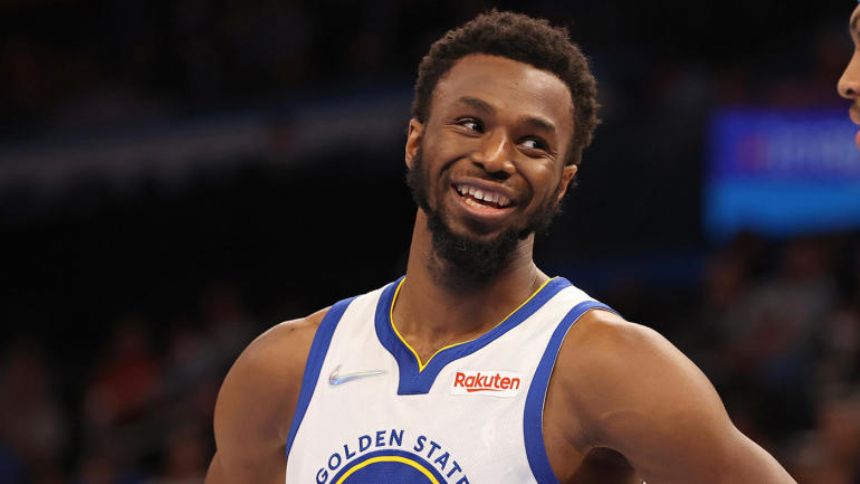 After the first phase of his NBA career with the Minnesota Timberwolves was deemed a disappointment, former No. 1 overall NBA Draft pick Andrew Wiggins has flourished as a member of the Golden State Warriors. His efficiency has gone through the roof in a less voluminous offensive role, while he has become an essential member of the top-ranked Warriors defense by taking the challenge of guarding the opponent's best perimeter scorer on a nightly basis.

All of Wiggins' progress culminated on Thursday with his selection as a Western Conference starter in next month's NBA All-Star Game, the first All-Star selection of his eight-year career. The news turned some heads -- and perhaps rolled some eyes -- as there were several other worthy frontcourt players on the list, including Wiggins' Warriors teammate Draymond Green, who is likely the leading candidate for Defensive Player of the Year.

When the breakdown of the voting was released, it became clear that fan popularity was the determining factor in Wiggins' selection as a starter -- the fan vote counts for 50 percent, and the choices of the media and players are weighted at 25 percent each. Wiggins' stiffest competition for the starting spot came from Green, Clippers forward Paul George and Jazz center Rudy Gobert. While Green and Gobert each earned significantly higher rankings than Wiggins from the players and media, neither could come close to his fan voting total.

So how did Wiggins dominate the fan voting so thoroughly, coming in third in the Western Conference frontcourt behind Lakers star LeBron James and reigning MVP Nikola Jokic?

Some digging by The Athletic's Anthony Slater gives us a clue. According to Slater's report, the Warriors' social media team leveraged their partnership with Thai singer BamBam, a massive star in the K-pop world. The NBA allows fans to vote using hashtags on Twitter, so Golden State enlisted BamBam to solicit votes for players like Steph Curry, Klay Thompson and Green.

But when it came to the tweet promoting Wiggins, the Warriors specifically asked BamBam to send it out on Jan. 7, according to Slater, when the NBA ran a "2 for 1" special in which any votes on that day counted double.

It's the best time to begin 2022! He is one of the best two-way players!
Wiggs deserves to be an All-Star, vote Andrew Wiggins into the 2022 NBA All-Star Game..and I can't wait to meet you all very soon#AndrewWiggins #NBAAllStar pic.twitter.com/bpOXKAJ920

The tweet went out to BamBam's 9 million-plus global followers, garnering nearly 37,000 retweets, 69,000 likes and 3,000 replies. That's not even counting the potential fans who saw BamBam's post and tweeted #AndrewWiggins #NBAAllStar from their own accounts. According to Slater, the tweet became Thailand's No. 1 trending topic, and considering every vote counted as two, the strategic push could have gotten Wiggins hundreds of thousands of votes, enough to eclipse George in the fan vote and edge out Green overall.

Given injuries to Green and George, it's certainly possible that Wiggins would have been selected as a Western Conference All-Star reserve given his impressive play and the Warriors' success this season. As our Brad Botkin wrote, his merits have been considerable. But he'll start in his first All-Star Game next month partly thanks to some shrewd strategy from the organization and the massive reach of a K-pop star.