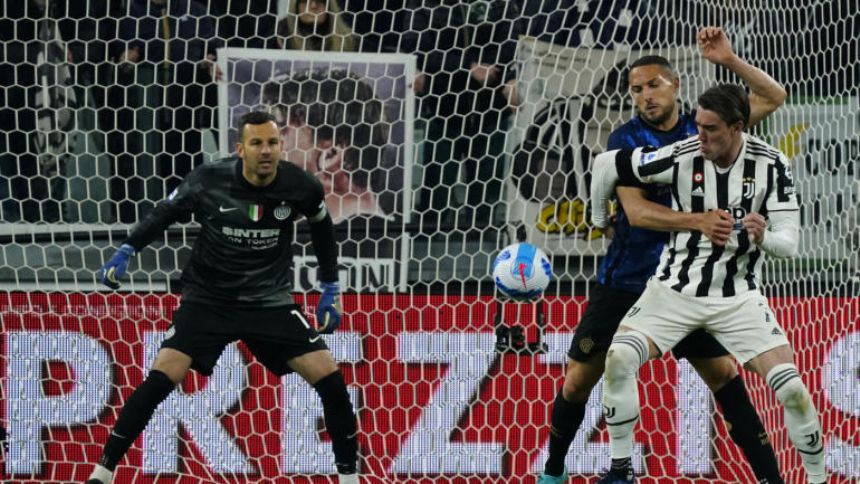 The 2022 Coppa Italia final will feature two of the biggest clubs in Italy on Wednesday. will take on in the 100th anniversary of the Italian knockout tournament and there will be plenty of excitement with a trophy on the line. Juventus has won the tournament a record 14 times, while Inter Milan is a seven-time champion, tied for third-most among all Italian clubs. You can see what happens when you'stream the action on Paramount+.

Kickoff from Stadio Olimpico in Rome, Italy, is set for 3 p.m. ET. The latest Inter Milan vs. Juventus odds list Inter as the +125 (risk $100 to win $125) on the 90-minute money line, with Juventus the +240 underdog. A draw is priced at +230 and the over-under for total goals scored is 2.5. Wednesday's match will be'streamed live on Paramount+ with their must-have Premium plan.

Paramount+'now has two levels of membership so you can watch the hottest soccer matchups worldwide and much more. The Premium Plan is $9.99 per month and you can watch your local AP live stream, including plenty of sports like the Champions League, Italian Serie A, and the PGA Tour, with no ads, on demand and the ability to download episodes for offline viewing. Plus, watch the highly-anticipated series Halo, Picard, 1883, and more. Both plans come with a free week to start, so sign up now here.

Before you tune in to Wednesday's match, you need to see the Coppa Italia picks from soccer insider Brandt Sutton. Sutton, a former collegiate soccer player, has been SportsLine's top soccer editor for nearly five years. He has followed soccer closely for much longer and factors in managerial tactics, projected lineups and past performances to make the most informed decisions possible, keeping his finger on the pulse of the game all over the globe.'

For Inter Milan vs. Juventus, Sutton is backing Inter Milan to win in regulation for a +125 payout. Inter Milan is currently locked into a back-and-forth battle for Serie A supremacy with crosstown rivals AC Milan, so its focus will be split with two league games remaining after the final.

However, this is a club with plenty of depth to handle a midweek game with a trophy on the line and should still be incredibly motivated. Inter has won seven of its last eight matches across all competitions and been fairly dominant, with five of those seven wins coming by multiple goals.

This season, the Nerazzurri have two wins and a draw in three previous matches with Juventus and generally seem to have the Bianconeri's number. Sutton is expecting more of the same on Wednesday, especially with Juventus coming off a disheartening loss to Genoa on Friday that effectively guarantees a fourth-place finish in the league.

Paramount+'is your home for streaming soccer. Live sports, breaking news and a mountain of entertainment. Stream thousands of episodes and exclusive originals, all in one place.'Try It free now.