Inter Milan vs. Udinese odds, picks, how to watch, live stream: May 1, 2022 Italian Serie A predictions 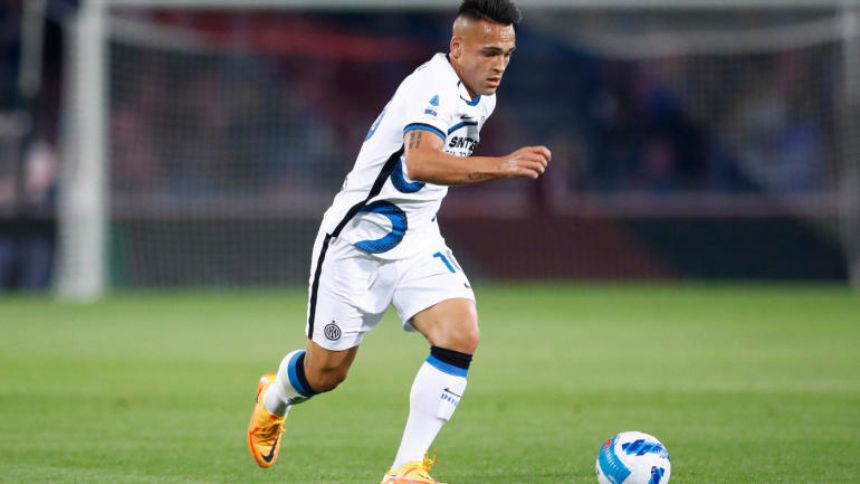 After a devastating loss to Bologna last week, has dropped to second in the 2021-22 Italian Serie A table behind rival AC Milan. With just four matches to play, Inter Milan can't afford to drop points as it looks to close the two-point gap and win its second consecutive Scudetto and 20th all-time. On Sunday, Inter Milan will visit , who sits 12th on the table and has already secured a spot in Serie A for next season, but is also playing some of its best football of the year over the last month. You canstream the match on Paramount+.

Kickoff from Stadio Friuli in Udine, Italy, is set for noon ET. Caesars Sportsbook lists Inter Milan as the -185 favorite (risk $185 to win $100) on the 90-minute money line. Udinese is a +500 underdog in the latest Inter Milan vs. Udinese odds and a draw is priced at +320. The over-under is 2.5 goals. Sunday's match will bestreamed live on Paramount+ with their must-have Premium plan.

Paramount+ now has levels of membership so you can watch the hottest soccer matchups worldwide and much more. The Premium Plan is $9.99 per month and you can watch your local AP live stream, including plenty of sports like Champions League, Italian Serie A, college hoops, and the PGA Tour, with no ads, on demand and the ability to download episodes for offline viewing. Plus, watch the highly-anticipated series Halo, Picard, 1883, and more. Both plans come with a free week to start and include soccer matches,so sign up now here.

Before you tune in to Sunday's match, you need to see the Inter Milan vs. Udinese picks from soccer insider Jon Eimer. He is a high-volume bettor who has vast knowledge of leagues and players across the globe. Since joining SportsLine, Eimer has covered the English Premier League, Serie A, the FA Cup and much more. The Indiana-based handicapper compiled a winning record of 260-133-1 with over 90 units of profit for his community on various platforms over a recent two-month stretch.

For Inter Milan vs. Udinese, Eimer is backing both teams to score for a -135 payout. Since returning from the latest international break, both teams have been scoring prolifically. Udinese has a staggering 17 goals in its six matches since returning to action, while Inter Milan has 13.

Gerard Deulofeu and Beto have given Udinese a dynamic one-two scoring punch, combining to score 23 league goals this season. It's unclear if Beto will be available for selection on Sunday, but Deulofeu has scored in six of his last 10 matches now and can still pose a huge threat going forward.

Meanwhile, Inter has been the highest-scoring team in Serie A this season with 72 goals in 34 league matches. Edin Dzeko (13 goals) and Lautaro Martinez (16 goals) are a dangerous strike pair and Hakan Calhonoglu is also a serious threat out of the midfield with seven goals and 10 assists. Expect a rapid pace in this game and two teams in great scoring form to come through with a goal.

Now that you know what to pick, get ready to watch the match on Paramount+. Visit Paramount+ now to see the Italian Serie A, your live local AP sporting events, some of the world's other top soccer matchups, Peak originals. and much more.