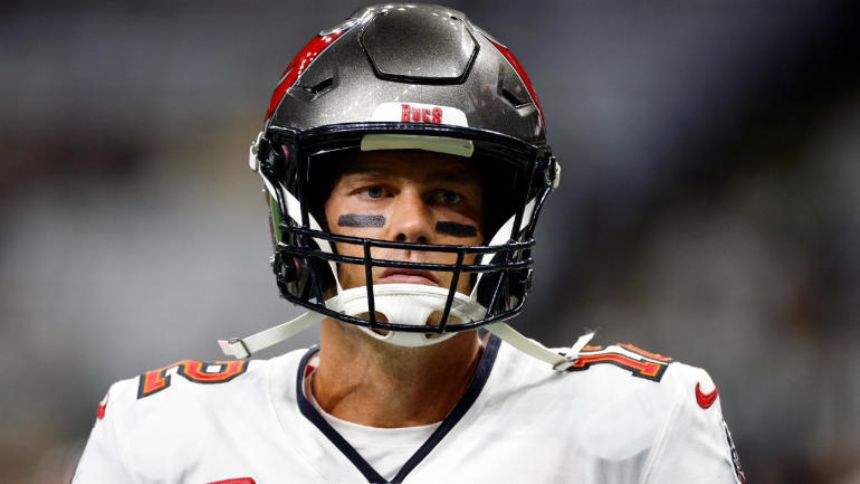 Since signing with the Buccaneers in March 2020, no team has frustrated Tom Brady more than the New Orleans Saints. Brady has faced the Saints four times and he's lost all four games.'

Brady's frustrations with the Saints have been boiling over for two years, and on Sunday, he took out all of those frustrations on a poor sideline tablet.'

During the third quarter, Brady got so angry that he went to sideline and slammed down his Microsoft tablet in what might have been his hardest throw of the day.'

The tablet slam came after the Buccaneers were forced to punt on their opening drive of the second half. The Buccaneers moved the ball to their own 45 before being stopped on a third-and-8 play that forced Tampa Bay's third punt of the day.'

Brady throwing down a tablet against the Saints has now basically become an annual thing.'

The Microsoft tablet might want to sit out the next Tom Brady plays the Saints. pic.twitter.com/l062fvG9aZ

The reason Brady is so frustrated is because the Buccaneers offense simply hasn't had much success against the Saints. Brady and the Buccaneers went six straight quarters without scoring against New Orleans before finally getting a 47-yard field goal from Ryan Succop during the third quarter on Sunday.'

Brady was likely extra frustrated in this game because the Buccaneers have actually been able to move the ball, they just haven't been able to score points.'

In the first half, the Buccaneers drove inside of New Orleans' 30-yard line a total of two times, but came away with zero points. On their opening possession of the game, the Buccaneers lost a fumble after Brady mishandled a snap from his center. The fumble came on a third-and-1 play from the Saints' 26-yard line.'

On their second possession of the game, the Buccaneers drove all the way down to the Saints' 8-yard line, but they didn't come away with any points because they would eventually turn the ball over on downs after failing on a fourth-and-1.'

Although the Buccaneers offense is struggling, Brady still has a chance to end his four-game losing streak to New Orleans. The teams are knotted at three in the second half. To keep tabs on the game, be sure to head to our GameTracker by clicking here.'