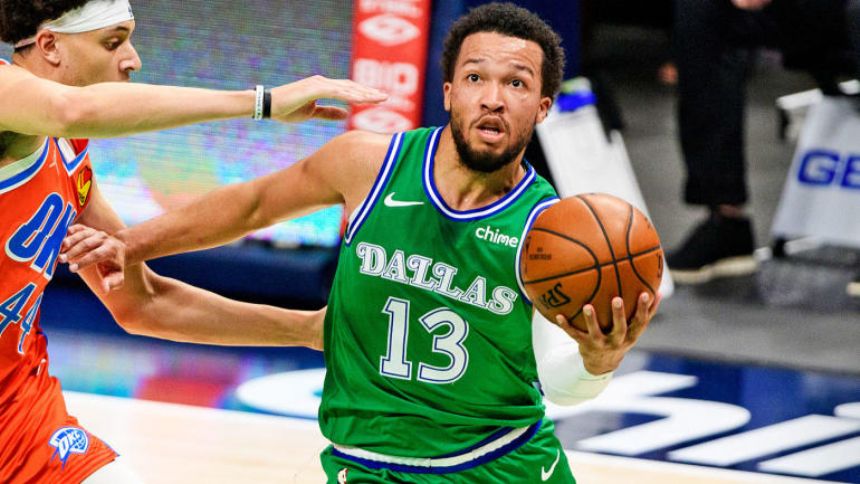 The New York Knicks have coveted Dallas Mavericks point guard Jalen Brunson from afar for quite some time. They had scouts at his playoff games against the Utah Jazz and recently hired his father, Rick Brunson, as an assistant coach. Their major obstacle in pursuit of Brunson has been money. The Knicks aren't projected to have much cap space this offseason, but they are trying to change that in the days leading up to the NBA Draft.

Bleacher Report's Jake Fischer reports that the Knicks want to clear around $25 million in cap space to chase Brunson, with Alex Burks (making $10 million next season) and Nerlens Noel ($9.2 million) as the primary players they'd like to move to aid in that pursuit. They have also been trying to move Kemba Walker (owed $9.2 million next season) since before the 2022 trade deadline, so he would presumably be a name on their list as well.

One team to keep an eye on for these purposes is Oklahoma City. The Thunder have roughly $24 million in cap space, but it evaporates after the NBA draft because Shai Gilgeous-Alexander's max contract extension will kick in. The Thunder are always happy to trade cap space for draft capital, so they should be New York's first call.

The Orlando Magic, with roughly $30 million in space, is another team Fischer lists as a possible dumping ground for bad contracts. Portland, Indiana, Detroit and San Antonio round out the teams expected to have significant space this offseason.

Even if the Knicks can generate enough space to pursue Brunson, there's no guarantee he comes to New York. Dallas has full Bird Rights and can pay him anything up to the max in order to get him to stay. With Luka Doncic in place, Brunson has a chance to compete for championships in Dallas. No matter how much space the Knicks create, competing with that is going to be very difficult.