Jets, Giants, Mets, Yankees all win on same day for first time since 2009 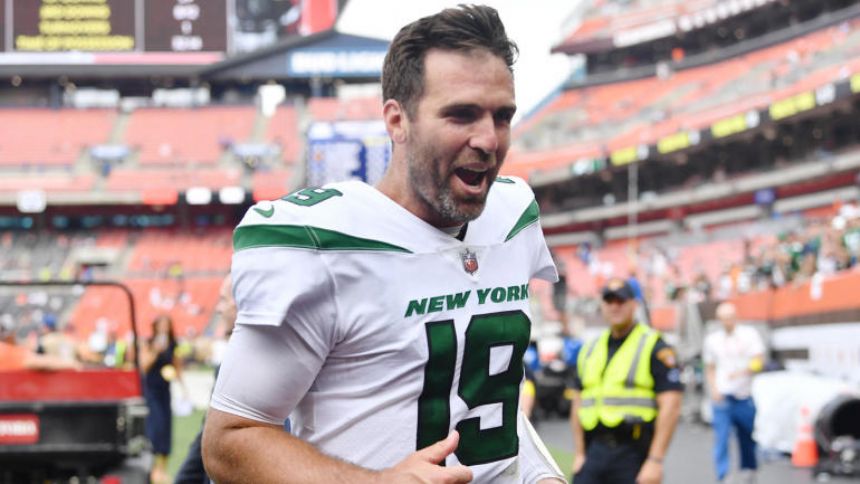 Sunday marked a marvelous day for sports fans in the New York City area. The New York Giants, New York Jets, New York Mets and New York Yankees all recorded wins -- which has actually been a rare occurrence of late.

In fact, it marked the first time since Sept. 27, 2009 that all four of those franchises were victorious on the same day.

The most impressive performance was the Jets, who roared back to defeat the Cleveland Browns, 31-30. The Jets were actually trailing the Browns, 30-17, with just 1:30 left in the fourth quarter, but , quarterback Joe Flacco tossed the game-winning touchdown pass to rookie wideout Garrett Wilson to put the Jets on top for good.

Meanwhile, the Giants came away with a hard-fought 19-16 win over the Carolina Panthers in their home debut. Graham Gano connected on a 56-yard field goal with 3:34 remaining to give the Giants a 2-0 start to the 2022 season.

On the diamond, the Yankees beat the Milwaukee Brewers 12-8 thanks to a pair of home runs from star slugger Aaron Judge. , just two shy from tying Roger Maris for the American League single-season home run record.'

Finally, the Mets picked up a 7-3 win over the Pittsburgh Pirates. Mets ace Jacob deGrom struck out 13 batters, despite only lasting five innings in the contest.

The last time that these four New York teams were victorious on the same day, here's how it happened:

Oddly enough, 2009 marked the last season that the Yankees made it all the way to the World Series, which they won against the Philadelphia Phillies. The Jets also reached the AFC Championship Game that season.