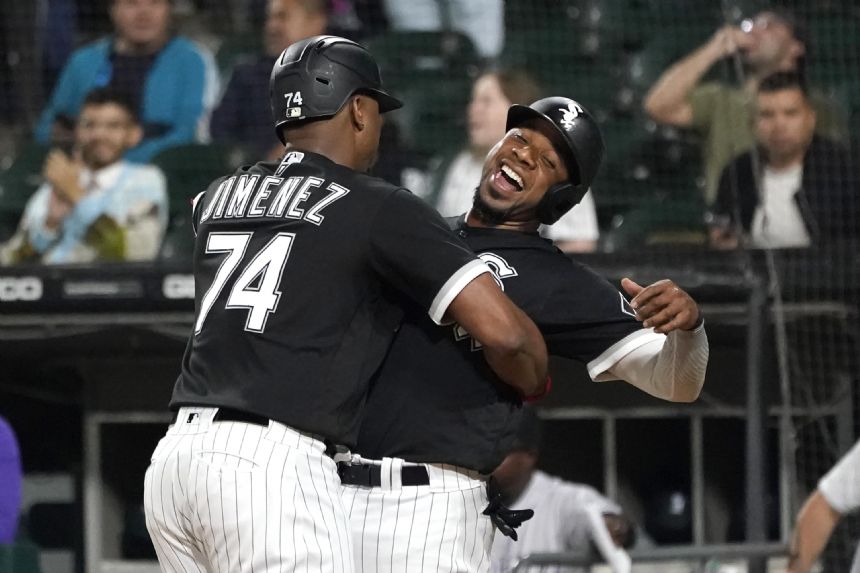 Michael Kopech pitched five effective innings as Chicago remained three games back of AL Central-leading Cleveland, which rallied for a 3-1 win against the Los Angeles Angels. Jose Abreu also went deep, and Liam Hendriks handled the ninth for his 33rd save.

The White Sox improved to 10-4 since Cairo stepped in for manager Tony La Russa, who is awaiting clearance to return to the dugout after dealing with a heart issue. The 77-year-old La Russa was at the ballpark before the game, but it was Cairo's lineup card once again.

"Today I'm the manager. Tomorrow I don't know," said Cairo, a former big league infielder who usually serves as La Russa's bench coach. "But that's in my job right now and I'm glad he's around because I always ask him questions about what I could have done better or different or stuff like that."

Alan Trejo hit a two-run homer for last-place Colorado in the club's first game at Guaranteed Rate Field since 2008.

Chad Kuhl (6-9) got off to a rough start, and the Rockies never recovered. With one out and runners on the corners in the first, Jimenez drove a 1-0 slider deep to center for his 13th homer.

Kuhl bent over on the mound as Jimenez's shot soared through the night. But the right-hander settled down from there, tossing 6 1/3 innings of six-hit ball.

Kopech (5-9) allowed two runs and three hits in his first win since July 26. Jimmy Lambert surrendered two singles in the sixth, but he escaped the jam when Brendan Rodgers flied to center.

Reynaldo Lopez and Kendall Graveman each got three outs before Hendriks finished the five-hitter.

Chicago got a valuable insurance run in the eighth when Abreu hit a leadoff drive to left-center against Justin Lawrence. It was the first homer for the 2020 AL MVP since Aug. 3 and No. 15 on the season.

Rockies: SS Jose Iglesias (right hand contusion) is improving, according to manager Bud Black, but there is no timeline for his return. Black said they have to make sure he is "comfortable and confident" with his grip strength. ... INF/OF Kris Bryant (plantar fasciitis in left foot) is throwing and taking swings again, but Black said he isn't sure if he will be able to return this season.

White Sox: All-Star SS Tim Anderson has been cleared to begin ramping up his baseball activity. He had surgery last month to repair a tear on the middle finger of his left hand. ... CF Luis Robert returned to the starting lineup after missing five games because of left wrist soreness.

White Sox ace Dylan Cease (14-6, 2.06 ERA) goes for his third straight win on Wednesday. The right-hander has allowed just two runs and six hits in his last 23 innings. Kyle Freeland (8-9, 4.63 ERA) starts for the Rockies. The lefty tossed six innings of one-run ball in an 8-4 victory over Milwaukee last week.