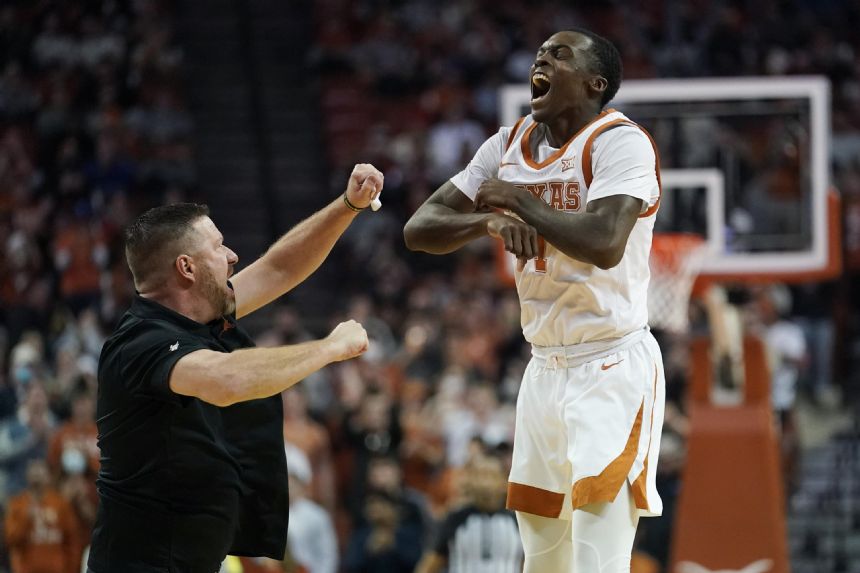 Texas coach Chris Beard cited a lack of aggression after the Longhorns shot just seven free throws during a loss at Oklahoma State on Saturday. The Longhorns hit 18 of 24 from the line against Oklahoma.

A swarming defense produced 11 steals and limited Oklahoma to one 3-point basket in 13 attempts.

Texas held Oklahoma scoreless for six minutes, made an 11-0 push, and took a 33-21 halftime lead.

Jones flourished during the half for Texas with 12 points, including a pair of 3-pointers, and two steals, one that he converted into a breakaway dunk.

Tanner Groves, the Sooners' leading scorer this season with 14.3 points a game, picked up two fouls in the first half and played only six minutes. Groves finished with three points in 17 minutes.

Oklahoma: The Sooners endured a difficult early schedule in Big 12 play. They lost at No. 1 Baylor and defeated No. 15 Iowa State before facing Texas. Oklahoma shot 55.8% at Baylor and 61.7% against Iowa State but slipped to 40.4% against Texas. Umoja Gibson, who led Oklahoma with an average of 16.4 points the previous five games, scored seven against Texas.

Texas: Tre Mitchell returned after missing the Oklahoma State loss while in COVID-19 protocols, but played only two minutes. Mitchell has started 12 games this season and averages 9.9 points.

Oklahoma: At TCU on Saturday.

Texas: At No. 15 Iowa State on Saturday.