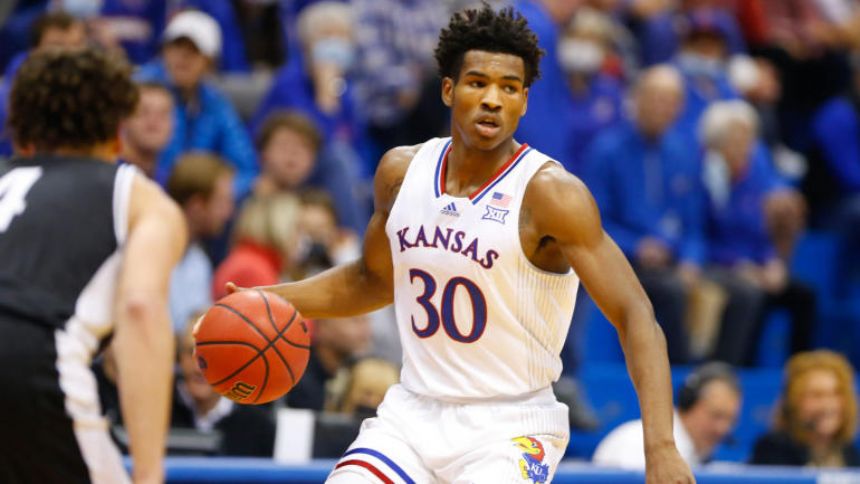 Big 12 powers will meet Saturday when the Kansas Jayhawks (13-2, 2-1) host the West Virginia Mountaineers (13-2, 2-1). Both teams have been regulars in the NCAA Tournament in recent years, and they're both well-positioned to make another March Madness run. It'll be a matchup of contrasting strengths, with the Jayhawks averaging a whopping 81.7 points per game, while Bob Huggins guides a stingy WVU defense that gives up just 61.3 points per contest this season. You can stream the game on Paramount+.

Tipoff is set for 2 p.m. ET from Allen Fieldhouse in Lawrence, Kan. Caesars Sportsbook lists the Jayhawks as 11.5-point favorites in the latest Kansas vs. West Virginia odds, while the over-under for total points scored is 143. Saturday's matchup can be seen live on AP andstreamed live on Paramount+ with their must-have Premium plan.

Paramount+ now has levels of membership so you can watch NCAA on AP matchups and much more. The Premium Plan is $9.99 per month and you can watch your local AP live stream, including plenty of sports like SEC on AP, NFL on AP, and the PGA Tour, with no ads, on demand and the ability to download episodes for offline viewing. Both plans come with a free week to start, so sign up now here.

For West Virginia vs. Kansas, the model's strongest pick is to go under 143 points. The season-long numbers for Kansas show the Jayhawks' offensive upside, as they're averaging 81.7 points per game and shooting 50.1 percent from the field.

But those numbers are a bit inflated by early-season blowouts. It's been tougher sledding for the Jayhawks recently on offense, as they are averaging 67.7 points in Big 12 play. Though they won, they're coming off their lowest point total of the year in their 62-61 win over Iowa State earlier this week.

Add in a tough West Virginia defense that gives up just 61.3 points per game and it's easy to see how this game stays under the total. SportsLine's model is projecting that this matchup goes under well over 50 percent of the time, making it a top pick for Kansas vs. West Virginia bets on Saturday.

Now that you know what to pick, get ready to watch NCAA on AP games on Paramount+ on any device you want.Visit Paramount+ now to stream your live local AP sporting events, including the NFL, SEC on AP, and so much more.