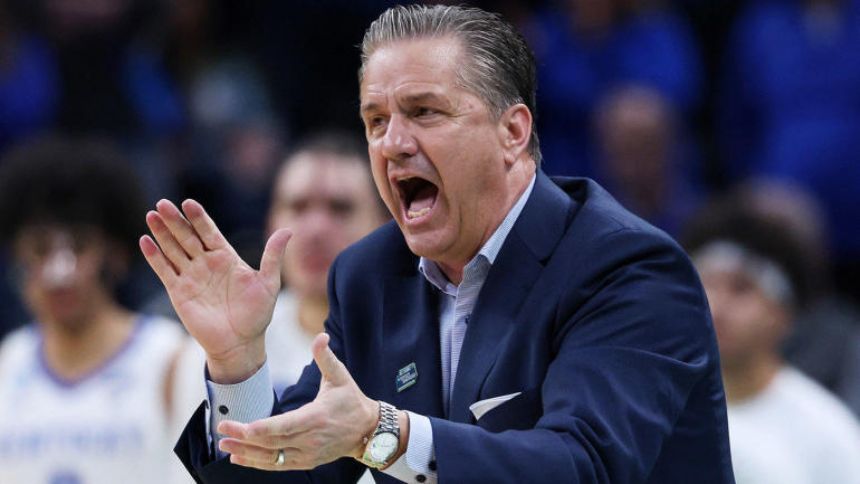 Kentucky and Gonzaga have agreed to a home-and-home series beginning in 2022, setting up two likely top-five preseason teams to meet in a clash of heavyweights during the nonconference schedule later this year. The two teams will meet first in Spokane, Washington, on Nov. 20, 2022, followed by a showdown in Lexington, Kentucky, in Rupp Arena sometime in 2023.

Gonzaga coach Mark Few helped announce the news Tuesday night by calling into a telethon in which UK coach John Calipari was answering calls in a fundraising effort to assist parts of the state that was affected by recent flooding. Few told The Athletic the agreement came together quickly after the two hammered out the details on a phone call.

"We talk like three times a week, and all of a sudden he was like, 'You want to play?' So you know me. I say, 'Fine by me.' I mean, that was it almost to a T," Few said. "For us, Drew, Julian (Strawther), Rasir (Bolton), they all made the decision to come back. These are the kinds of games they want to play in, so why not? It's fun for them. It's great for the sport. There are a thousand positives and no negatives."

The two college hoops powers have played each other just once in the history of their programs. That came nearly two decades ago, in 2002, when Kentucky bested Gonzaga 80-72 in the Maui Invitational. Few was the Zags coach then, having taken the head coaching gig in 1999, but Calipari was coaching Memphis at the time. '

The meeting between Gonzaga and Kentucky is more than just a meeting of two of the most consistent winners in the sport over the last few decades. In 2022, it will also feature a head-to-head between reigning National Player of the Year Oscar Tshiebwe from Kentucky and his dominant counterpart, Drew Timme of Gonzaga. Gonzaga and Kentucky also rank No. 1 and No. 4, respectively, in the.'