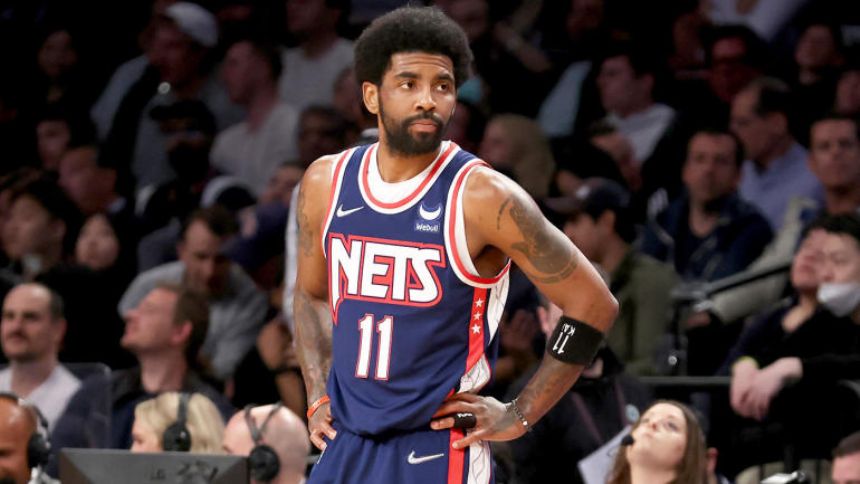 Kyrie Irving has made it clear that he would prefer to remain in Brooklyn with the Nets at every turn. "There's no way I can leave my man seven [Kevin Durant] anywhere," he'. When the Nets were eliminated from the playoffs by the Boston Celtics, Irving reiterated his plans. "I don't really plan on going anywhere," he told the assembled press as Brooklyn's season ended. But as free agency inches closer and closer, it's growing less likely that Irving remains with the team that he signed with the last time he had freedom of movement in 2019.

Contract talks between Irving and the Nets have hit an impasse, and that has forced Irving to consider other possible destinations, according to'The Athletic. Irving has a player option that he can use to become a free agent in July, and that gives him meaningful leverage with the Nets in terms of landing with a preferred destination. According to Shams Charania, the Lakers, Clippers and Knicks would all be interested in Irving if he becomes available.

The Knicks are likely the single-most important team involved in these proceedings because unlike the Lakers and the Clippers, they at least have somewhat plausible paths to cap space. While the Knicks are roughly at the cap line for next season, they have a number of reasonably moveable salaries that they could dump by attaching draft capital. Charania names Evan Fournier, Alec Burks, Nerlens Noel and Kemba Walker as candidates. This is so important because none of the teams with major cap space are expected to be contenders next season. If the Nets only had to compete with teams like the Magic and Pacers, they likely wouldn't be worried. But an alternative within New York City poses a genuine threat. If the Nets don't cooperate in sending Irving to the destination of his choice in a trade, he can threaten to simply walk to the Knicks for nothing.

The Lakers and Clippers cannot create the cap space necessary to sign Irving outright, but both would surely have interest in adding the star point guard through a trade. Such a trade would rely on Irving opting into the final year and $36.3 million on his deal because sign-and-trade transactions create a hard cap at the luxury tax apron that neither team is equipped to deal with. Irving would then presumably negotiate an extension from there.

The Lakers would likely have to build their package around Russell Westbrook as matching salary in such a deal. Westbrook also has a player option this offseason, and will cost more than $47 million when he inevitably picks it up. Brooklyn's interest in Westbrook is likely to be tepid. The Nets already have a poor shooter in Ben Simmons'who they will have to build an offense around. In all likelihood, the Nets would prefer to send Westbrook to a third team. What should interest the Nets in making such a deal would be the two unprotected first-round picks the Lakers can offer deep into the future in 2027 and 2029. By that point, LeBron James will be in his 40s and those picks could be quite valuable. James and Irving won a championship together in Cleveland and may relish the opportunity to reunite.

The Clippers have a similar connection to Irving through head coach Ty Lue, who worked with both Irving and James in Cleveland as they won the 2016 title. Unlike the Lakers, the Clippers have just a single first-round pick to dangle (2028). Their salary ballast is much more palatable, however, as it is attached to valuable role players like Norman Powell, Luke Kennard and Reggie Jackson as opposed to Westbrook. As Charania notes, the Clippers have young players like Terance Mann and Brandon Boston to throw into a possible deal. Paying Irving wouldn't be much of an issue for Steve Ballmer, who has already invested hundreds of millions of dollars into next season's roster.'

If Irving truly does leave Brooklyn, the Nets could easily fall out of the championship race entirely. After accumulating three on-ball superstars, Brooklyn might soon be down to just one.'