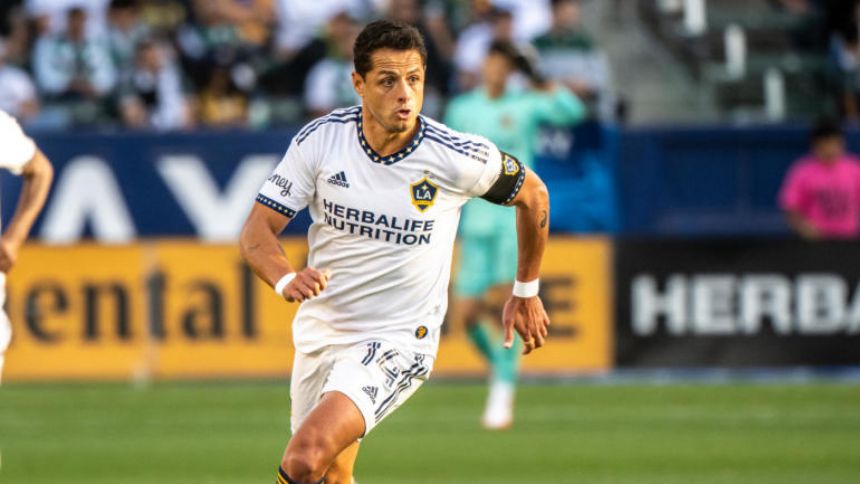 The LA and return to action after the most recent international break when the two clubs collide on Saturday at Dignity Health Sports Park in Carson, Calif. The Galaxy (7-5-2) enter the match in fifth place in the Western Conference with 23 points. Prior to the break, the Galaxy beat , 4-1. Meanwhile, Portland (3-6-6) sits in 12th place in the West. The Timbers entered the break having lost three straight matches to San Jose, Philadelphia and Inter Miami.'

Kickoff is set for 5 p.m. ET. LA is listed as a -140 favorite (risk $140 to win $100) in the latest LA Galaxy vs. Portland Timbers odds from Caesars Sportsbook, while Portland is a +360 underdog. A draw is +295, and the over-under for total goals scored is 2.5. Before making any Portland Timbers vs. LA Galaxy picks or MLS predictions, you need to see what renowned soccer bettor Jon (Buckets) Eimer has to say.

Eimer is a high-volume bettor who has vast knowledge of leagues and players across the globe. Since joining SportsLine, Eimer has covered the English Premier League, Serie A, the FA Cup and much more. The Indiana-based handicapper also compiled a winning record of 260-133-1 with more than 90 units of profit for his community on various platforms over a recent two-month stretch.

Why you should back the LA Galaxy

LA discovered some offense prior to the international break. Two games ago, the Galaxy beat rival LAFC, 3-1, in the U.S. Open Cup. Then, in its last match, LA whipped Austin FC, 4-1. The seven combined goals in the last two matches is one more than the club scored in its previous seven matches.

In addition, the Galaxy face a shorthanded Portland side on Saturday. The Timbers will be without , , , , , and from the starting XI on Saturday.

Why you should back the Portland Timbers

is expected to make his season debut on Saturday. The 28-year-old forward from has missed the start of the MLS season while recovering from arthroscopic knee surgery in the preseason. The return of Mora, whose late goal in the 2021 MLS Cup sent the match into extra time, should boost an offense that has struggled to score this season.

In addition, is having a career-best season. The 27-year-old midfielder from New Zealand leads the team in goals (five). Prior to this season, Tuiloma had never scored more than one goal for the Timbers.

How to make Galaxy vs. Timbers picks

Eimer has analyzed Galaxy vs. Timbers from every angle, and he is leaning over on the goal total. He also provides three additional confident best bets and has a full breakdown of the match. He's only sharing those picks here.

So who wins LA Galaxy vs. Portland Timbers? And where does all the betting value lie?'Visit SportsLine now to get Jon Eimer's predictions for Portland Timbers vs. LA Galaxy, all from the soccer expert who has been on a roll, and find out.