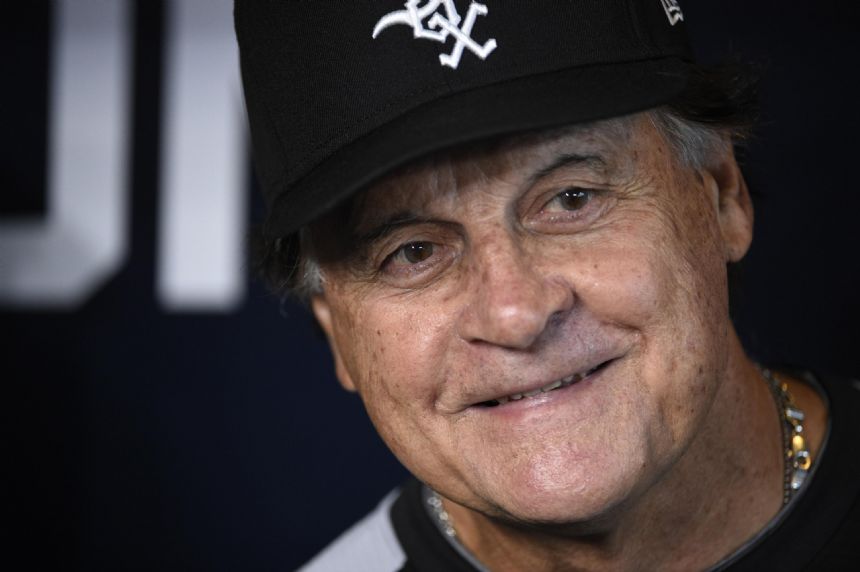 CHICAGO (AP) - Tony La Russa stepped down as manager of the Chicago White Sox on Monday because of a heart issue, ending a disappointing two-year run in the same spot where the Hall of Famer got his first job as a big league skipper.

La Russa, a three-time World Series champion who turns 78 on Tuesday, missed the final 34 games with the underachieving White Sox. He left the team on Aug. 30 and doctors ultimately told him to stay out of the dugout.

La Russa has a pacemaker implanted in February and doctors later found another heart problem that he has not detailed.

"It has become obvious that the length of the treatment and recovery process for this second health issue makes it impossible for me to be the White Sox manager in 2023," he said in a statement. "The timing of this announcement now enables the front office to include filling the manager position with their other offseason priorities."

Chicago began the season with World Series aspirations but was plagued by injuries and inconsistent play. It was 79-80 heading into Monday night's game against Minnesota.

"Our team's record this season is the final reality. It is an unacceptable disappointment. There were some pluses, but too many minuses," La Russa said. "I was hired to provide positive, difference-making leadership and support. Our record is proof. I did not do my job."

Bench coach Miguel Cairo took over after La Russa stepped away. The White Sox showed a spark right after the change, winning 10 of 14. But they dropped eight straight in late September, dashing their playoff hopes.

La Russa, who is close friends with White Sox chairman Jerry Reinsdorf, was a surprise hire in October 2020, and he directed the team to the AL Central title last year.

But the White Sox sputtered throughout much of 2022, and there were chants of "Fire Tony! Fire Tony!" at Guaranteed Rate Field.

"At no time have I been disappointed or upset with White Sox fans, including those who at times chanted 'Fire Tony,'" La Russa said. "They come to games with passion for our team and a strong desire to win. Loud and excited when we win, they rightly are upset when we play poorly."

All-Star shortstop Tim Anderson and sluggers Eloy Jimenez and Luis Robert missed significant time because of injuries. Catcher Yasmani Grandal and third baseman Yoan Moncada also had health issues, and they underperformed when they were on the field.

There were embarrassing breakdowns, too, like when the White Sox ran themselves into the first 8-5 triple play in major league history during a loss to Minnesota on July 4.

La Russa continued to be a lightning rod for fans who weren't thrilled with his hiring in the first place. His lineups came under question as did his decisions in games.

Some fans chanted for La Russa's dismissal following a strange call for an intentional walk to to the Dodgers' Trea Turner despite a 1-2 count on June 9. Bennett Sousa had just bounced an 0-2 slider, allowing the runner to advance from first to second.

With the base open, La Russa chose to walk Turner even though there were two strikes. It backfired when Max Muncy smacked a three-run homer, propelling Los Angeles to an 11-9 victory.

Another moment that raised eyebrows happened early in the 2021 season.

During a 1-0 loss to Cincinnati, La Russa was unaware of a rule that would have allowed him to use Jose Abreu as the automatic runner at second base rather than closer Liam Hendriks in the 10th inning.

With a 2,900-2,514 record over 35 years with Chicago, Oakland and St. Louis, La Russa trails only Connie Mack on baseball's career wins list. He moved past John McGraw last season.

But there were big questions about whether La Russa was the right person for the job when the White Sox hired him to replace Rick Renteria. He hadn't filled out a lineup card since 2011, when St. Louis beat Texas in the World Series. There were doubts about how someone known more for his scowl than smile would mesh with a fun-loving team that had just delivered the White Sox's first playoff appearance since 2008.

Then, shortly after his hiring, news surfaced of an arrest on misdemeanor DUI charges.

La Russa blew out a tire on the Lexus he was driving in a collision with a curb that February in Arizona, after going to dinner with friends. The case was filed on Oct. 28, one day before the White Sox announced La Russa's hiring.

He ended up pleading guilty to a lesser charge of reckless driving and was sentenced to one day of home detention, a fine of nearly $1,400 and 20 hours of community service.

La Russa also pleaded guilty to driving under the influence in Florida in 2007 after police found him asleep and smelling of alcohol inside his running sport-utility vehicle at a stoplight.

La Russa captured championships with Oakland in 1989 and the Cardinals in 2006 and 2011. The former big league infielder and Sparky Anderson are the only managers to win the World Series in the American and National leagues.

He got his first major league managing job at age 34 when the White Sox promoted him from Triple-A to replace the fired Don Kessinger during the 1979 season. He took over that August and led them to a 522-510 record over parts of eight seasons.

The 1983 team won 99 games on the way to the AL West championship - Chicago's first playoff appearance since the 1959 Go-Go White Sox won the pennant. But La Russa was fired in 1986 by then-general manager Ken Harrelson after the White Sox got off to a 26-38 start, a move Reinsdorf long regretted.