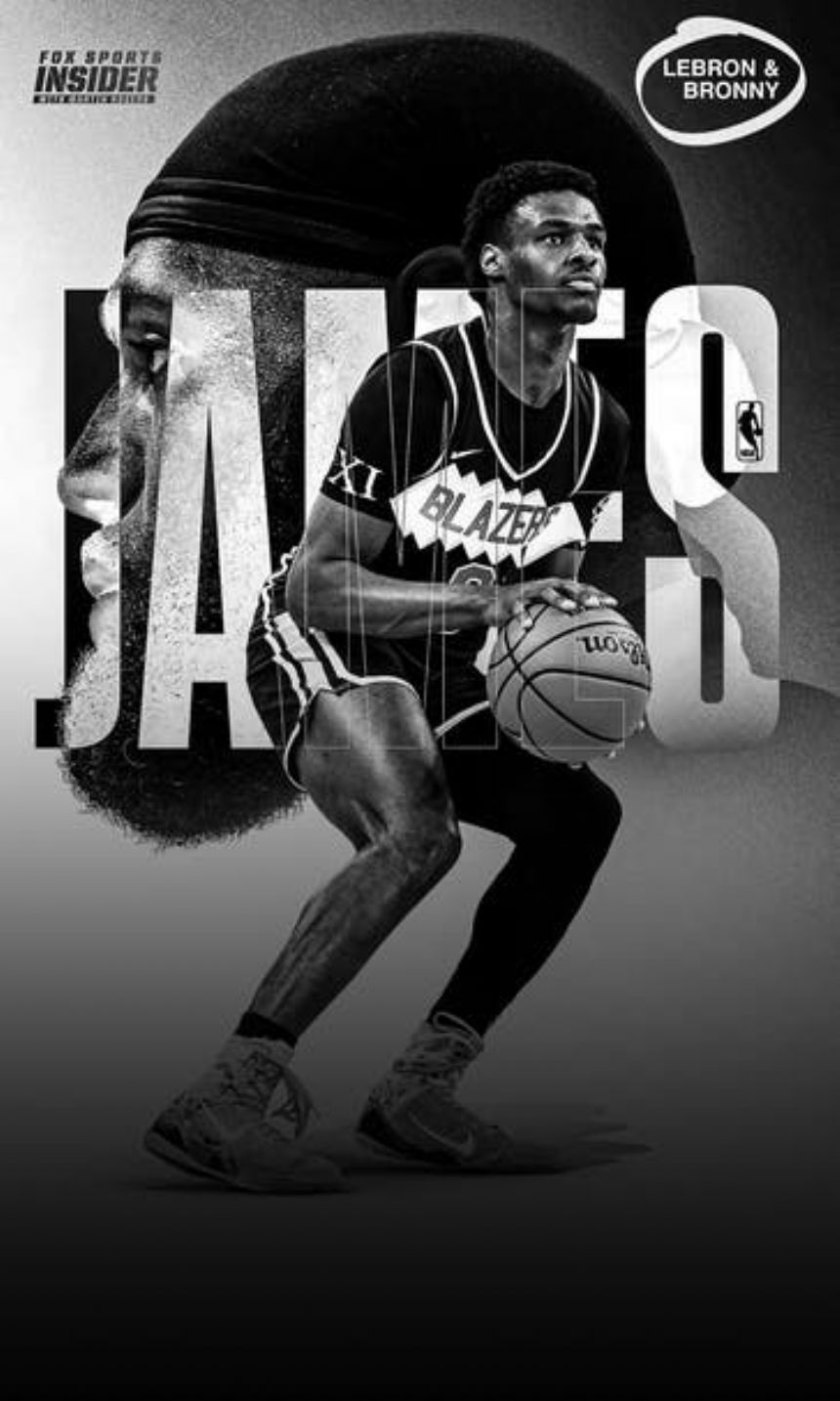 Whether you are the type of person who spends half their life watching online videos (aka a teenager) or you make occasional forays into the social sphere, chances are good that you spotted a clip featuring LeBron James this week.

The Los Angeles Lakers star posted a sequence of him and his two sons - Bronny and Bryce - putting in some serious training work at the team's facility. It was impressive, in many ways endearing - and a signal of intent.

James doesn't do much by accident, and over the years there have been countless instances where his interviews, Instagram posts, comments, actions or clothing choices came laced with subliminal subtlety, thinly veiled messaging coated in appealing content.

That such a piece would drop a couple of days before the four-time NBA champion became eligible for a contract extension with the Lakers could have been a coincidence. Ha! Yeah, maybe.

Only James knows what the message truly is, but you can deduce that it's some version of an implied statement along the following lines: If the Lakers want James to swiftly commit to anything beyond the one year remaining on his present Tinseltown deal, then family had better be part of the bargain.'

James wanting to play with his eldest son Bronny has been known for a while. He teased it as long ago as Bronny's middle school years and emphatically doubled down earlier this year by stating that his final season would be a tandem act.

"My last year will be played with my son," James told The Athletic. "Wherever Bronny is at, that's where I'll be. I would do whatever it takes to play with my son for one year. It's not about the money at that point."

Bronny James is a rising senior at Sierra Canyon High School and is currently projected as a mid-second rounder when he becomes draft eligible in 2024. He will reportedly either spend a year in college, play in Australia, or test the G League Ignite waters after finishing high school.

LeBron James can sign a two-year extension worth up to $97.1 million, but no longer than that, as he is 37 and NBA regulations cap the length of high-aged veteran agreements. He and his family are settled in Los Angeles.

Negotiations are ongoing, but it is reasonable to expect James may be seeking assurances that the Lakers will do whatever they can to get Bronny on board, despite not owning a 2024 first-round pick.

He might, for example, be looking for them to bring Bronny into their G League program. He could be pressing for a 1+1 extension with a player option for himself that would essentially make him a free agent again heading into the 2024 summer.

If that arises, he could then flex the muscle of his celebrity power. Unfavored teams could be warned not to bother drafting Bronny if LeBron was not willing to go there.

Or - and this would perhaps be the ultimate fatherly supporting move - he could wait to see how the draft plays out and then sign with that team for a lowball, team-friendly figure.

There is no doubt that James is committed to helping his son fulfill his potential, but there is also some concern that his bold statements have placed pressure on the youngster. Bronny is 6-foot-3 but has only grown an inch in the last two years, causing him to slide on some ranking lists.

He is most commonly seen as a potential NBA role player at best.

"[LeBron] shouldn't be thinking about what's in it for me," AP Sports' Chris Broussard said on his "Odd Couple" podcast. "It should be what's best for Bronny. The best play is to let him develop and be ready. And maybe he will, I'm not saying he won't."

Bronny James has 6 million followers on Instagram and is already recognized wherever he goes. Australian NBL team the Sydney Kings have already stated that if he were to join them, the club would "sell out 18,000 seats every night."

Ducking under the radar, for him, is simply never going to be an option.

LeBron James is eligible to sign a two-year extension with the Los Angeles Lakers starting August 4.

An extra wrinkle in deciphering the James future puzzle is 15-year-old Bryce, a sophomore, who some scouts believe may wind up being a taller and better prospect than his brother. Could James Sr. somehow keep himself going until the age of 41 and play with both his sons?

How the contract shapes up will give us the clearest view yet on what the rest of James' career is going to look like. His relationship with the Lakers doesn't appear to be seamless, yet a break-up doesn't seem likely.

In the short term, he wants Kyrie Irving brought in and Russell Westbrook traded away. Beyond that, the family part of his wish list is key.

You can guarantee he'll be asking for a lot and, just as likely, that he'll get it. Because, when you're one of the NBA's all-time greats, there is an easy reason why to ask for the world.