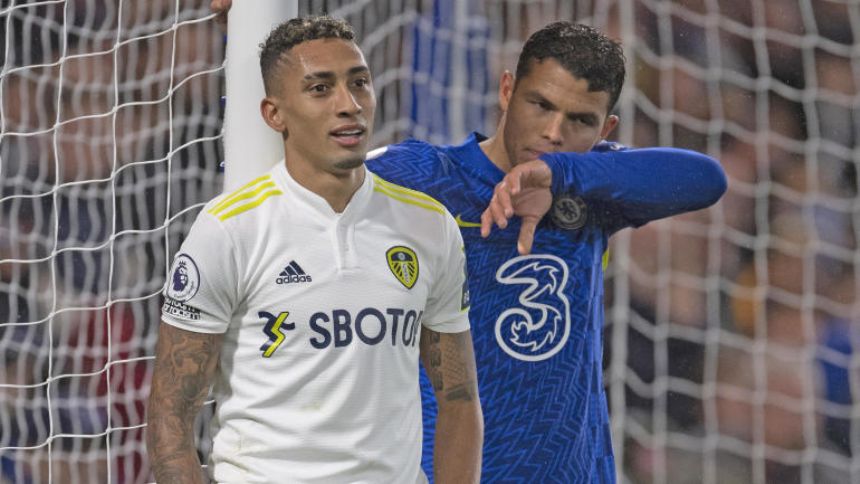 Leeds United come into Wednesday's clash with Chelsea in the Premier League relegation zone while Thomas Tuchel's men are still looking over their shoulder nervously in the race for UEFA Champions League qualification. Jesse Marsch and his players are without a win in three and have the same number of games to save their topflight status with the Blues the first of a challenging run of fixtures.

Leeds:'Luke Ayling is out for the rest of the season through suspension after his red card vs. Arsenal. Stuart Dallas is also out long-term after breaking his leg. Tyler Roberts, Adam Forshaw and Crysencio Summerville are also out of the picture, but Patrick Bamford could soon return.

Chelsea:'Jorginho is out for a few matches while N'Golo Kante is unlikely to be risked ahead of the FA Cup final. Ben Chilwell and Callum Hudson-Odoi are also out while Marcos Alonso came off mid-match vs. Wolverhampton Wanderers. Malang Sarr, Saul Niguez, Andreas Christensen and Trevoh Chalobah could all feature as Thiago Silva might be best kept fit for the final.'

Leeds:'With one win from their last five games, the new manager bounce under Marsch has dried up somewhat. Having said that, two defeats were against Manchester City and Arsenal while the Whites drew with Southampton who were their only opponents in the bottom half of the table. Chelsea are arguably their toughest remaining opponents so it could be that anything here is a bonus and that Brighton and Hove Albion as well as Brentford could be more realistic sources of survival points.

Chelsea:'With just one win from their last five as well, Tuchel's side have an FA Cup final against Liverpool up next and Leicester City and relegated Watford to come. The takeover process has dragged out and arguably impacted their end of season form but with light at the end of the tunnel, a final flourish to close the campaign could see Champions League soccer secured and perhaps even some additional silverware.

This one will likely be tight, but the visitors should just about come out on top. A draw would not be a huge surprise, but a clean sheet looks highly unlikely for the home side. Marsch and his men will need points elsewhere and possibly favors from others to avoid the drop.'Pick: Leeds 1, Chelsea 2.