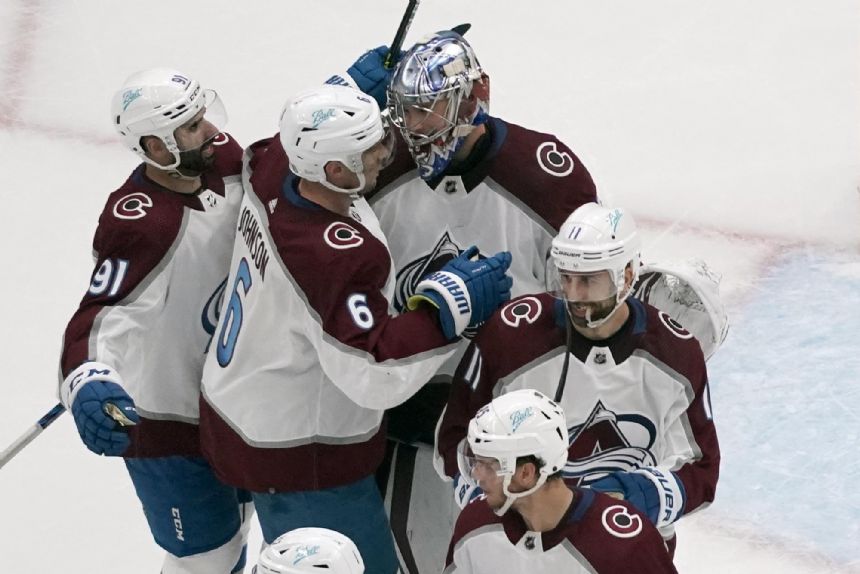 Logan O'Connor, Nazem Kadri and Gabriel Landeskog also scored as the Avalanche to a 2-1 lead in the best-of-seven series. Colorado improved to 3-0 on the road in the postseason.

Ryan O'Reilly had a goal and an assist, and Colton Parayko also scored for the Blues. Jordan Binnington started in goal for St. Louis and made three saves before leaving the game 6:45 into the first period after Kadri and Blues defenseman Calle Rosen collided into him after getting their skates tangled up in the crease. No penalty was called on the play.

Ville Husso stopped 19 of 23 shots in relief of Binnington to fall to 1-3 in the playoffs.

Parayko scored his second goal of the postseason on a slap shot from the point 3:55 into the game to put St. Louis ahead 1-0.

O'Connor got his first at 11:54 to tie it, and Kadri followed with his second of the postseason when he deflected Cale Makar's slap shot past Husso right after Pavel Buchnevich finished serving an interference penalty.

Lehkonen scored his third of the playoffs to put Colorado up 3-1 with 2:45 remaining in the second period. Nathan MacKinnon assisted on the goal to give him points in seven straight postseason games.

O'Reilly tapped in a rebound from Nick Leddy for his seventh goal of the postseason to pull St. Louis within one with 29 seconds remaining in the middle period.

Landeskog iced the game when he scored his fifth of the postseason with 2:08 remaining after Husso had started to skate off the ice for an extra attacker.

Lehkonen scored his second of the night with Husso pulled to put Colorado up 5-2 in the final minute.

Avalanche defenseman Samuel Girard had to be helped off the ice after his head crashed into the boards on a check from Ivan Barbashev 1:40 into the first period. Girard was ruled out with an upper body injury and was transported to a St. Louis area hospital for further evaluation.

O'Reilly has at least one point in seven consecutive games. He has scored seven goals and four assists during his streak

Blues coach Craig Berube coached his 48th playoff game with the franchise moving him past Ken Hitchcock into third place in team history.

Former Blues defenseman and hockey hall of famer Chris Pronger was shown on the video board at Enterprise Center. Pronger, whose number 44 was retired by the club earlier this season, chugged a beer to the crowd's delight, reenacting a scene from his jersey retirement ceremony.