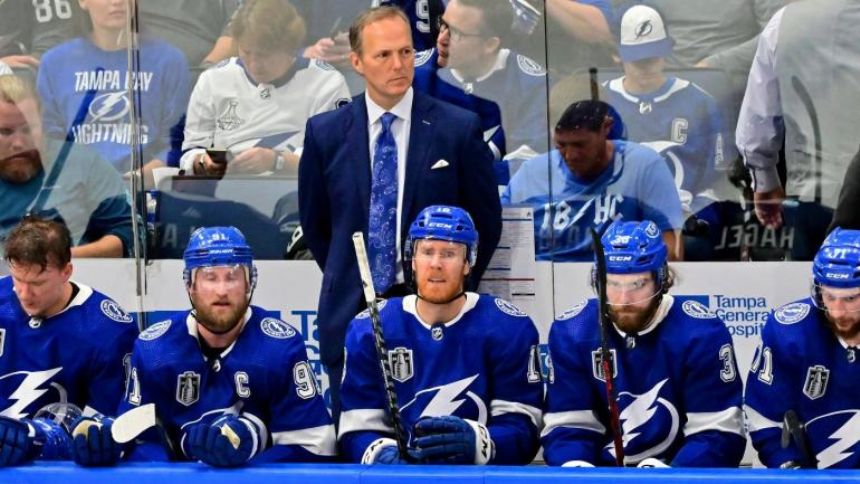 It is now dire straits for the Tampa Bay Lightning and their pursuit of a Stanley Cup three-peat. After Nazem Kadri's game-winning goal in Game 4 improved the Colorado Avalanche to 3-1 in the Stanley Cup Finals, Tampa Bay is now potentially a game away from having to give the Cup away.

And they also have to contend with the question of whether or not they got a raw deal.

"It's going to be hard for me to speak. I'm going to have to speak. I'll speak with you tomorrow," Cooper said after the game,'according to a report by Greg Wyshynski of ESPN. "You're going to see what I mean when you see the winning goal. And my heart breaks for the players. Because we probably still should be playing."

The NHL's game summary sheet says the Avalanche had six men on the ice at the time of Kadri's winning goal.

While video showed that the Avalanche had six skaters on the ice as Kadri collected the pass to set up his game-winning shot, whether or not a too many men on the ice penalty should've been called hinges around whether Nathan MacKinnon was close enough to the bench to be considered a retired player.

Per NHL rules, skaters have to be within five feet of the bench and out of play before a substitution can be made. Also, per NHL rules, too many men on the ice infractions are not reviewable even when a goal is scored. NHL Hockey Operations addressed the issue in a statement following the game.

Matters were complicated when the NHL's post-game scoresheet listed six players for the Avalanche when Kadri's game-winner was scored. The scoresheet was later edited to list just five skaters, as the league believed defenseman Erik Johnson ended up listed in error after players jumped off the bench in celebration of Kadri's goal.