Ligue 1: How did Bordeaux fall from 2010 Champions League quarterfinals to verge of relegation? 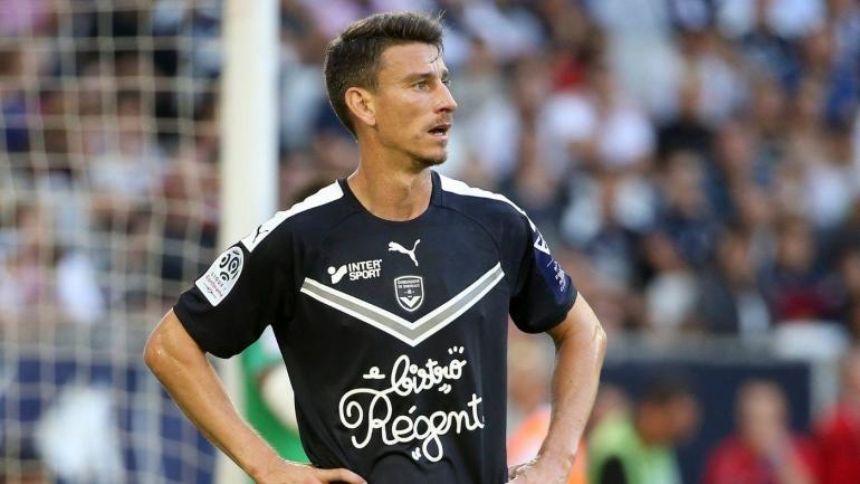 For an hour on Wednesday, Girondins de Bordeaux were relegated from Ligue 1 as fellow fallen giants and relegation battlers AS Saint-Etienne led OGC Nice 2-0 away from home which would have condemned David Guion's men to demotion from the French elite. Ultimately, Christophe Galtier's Aiglons fought back to beat Saint-Etienne 4-2 which earned Bordeaux a scarcely merited temporary reprieve, but any salvation hope remains slim with a four-point gap to the relegation playoffs and just two matches remaining.

Just over 10 years ago and before Qatari ownership made Paris Saint-Germain the dominant power in French soccer, Les Girondins were one of the leading clubs, with a 2009 Ligue 1 title and a 2010 UEFA Champions League quarterfinal appearance on their resume. Fast-forward little more than 12 years from that two-legged affair which saw Olympique Lyonnais advance 3-2 on aggregate to face eventual beaten finalists Bayern Munich and Bordeaux are on the verge of the unthinkable: dropping into Ligue 2 or worse with the club in total financial disarray.

On this day 10 years ago, Bordeaux were clear at the top of Ligue 1, heading for their second straight title, and getting ready to play the CL knockouts having topped a group with Bayern and Juve. It's been downhill ever since. A thread of Girondins de Bordeaux's banter decade: pic.twitter.com/tuKjlBCMmH

French legends such as Zinedine Zidane, Jean Tigana and Alain Giresse graced the turf of Bordeaux's former Stade Chaban Delmas home, while more recent star turns included Yoann Gourcuff in his absolute prime and a young Aurelien Tchouameni who is now with AS Monaco. So, how do six-time French champions, four-time Coupe de France, and three-time Coupe de la Ligue (now defunct) winners like Les Girondins plummet like a stone to reach their sad current situation, which not only threatens their topflight status but their very existence?

Sadly, the Southwestern French giants' recent history is a story of stagnation and terrible mismanagement which is now likely to banish one of the most historic names in the French game to the lower reaches of the domestic game. Aside from a 2014 Coupe de France success, results were already suffering when Bordeaux's 42,115-capacity Matmut Atlantique home opened in 2015 ahead of the UEFA 2016 Euros in France and that expensive, oversized and awkwardly placed stadium has been a thorn in the club's side ever since.

"Firstly, for the players, playing in front of around 20,000 fans in a 42,000 venue is unpleasant," Bordeaux Mayor Pierre Hurmic told Gold FM. "It is something which is oversized and expensive, especially for the club with such high rent. Clearly, it has been a very bad deal for all involved. The taxpayers are saddled with it for 30 years. I truly regret it and recognize that we must try to sell it. There is no reason to retain ownership."

84 - Bordeaux have conceded 84 goals in Ligue 1 this season, which is already the highest tally for a team in a single campaign over the last 40 years. Drowning. #FCNFCGB pic.twitter.com/3SZGzXRpgh

The likes of Willy Sagnol, Jocelyn Gourvennec, Gus Poyet and Paulo Sousa have all failed to live up to the success of Laurent Blanc's three-year stint between 2007-10 and save for his former assistant Jean-Louis Gasset's admirable 11-month salvation mission last season, it has been a terminal decline.'

A significant part of Bordeaux's sad plight involves their chaotic ownership status since the M6 Group left after nearly two decades of ownership when they sold to Joseph DaGrosa Junior's General American Capital Partners back in 2018. GACP's time with the club was relatively short-lived as it turned out that fellow backers King Street held the cards and pushed out their compatriots in late 2019 before overseeing the lead in to the ruinous COVID-19 period which ravaged French soccer financially as a whole as the lucrative Mediapro TV deal collapsed.

"I think we were all surprised," DaGrosa told AP Sports exclusively of Bordeaux when discussing his Kapital Football Group venture last year. "Firstly, I still love Bordeaux the club -- I remain a fan. The last thing that I want is no success. I want Ligue 1 to succeed too. It is very distressing, and I think everyone was caught by surprise. Mediapro was the nail in the coffin. It is a very tough situation."

Another year, another thread of Girondins de Bordeaux lowlights - if you think your club's had a grim 2020, we've managed worse: https://t.co/FnkIlxSvHS

KS declared towards the end of the 2020-21 season that they would cease funding Bordeaux which pushed the club close to administration and even provisional relegation before financier Fortress seized financial control and dubiously entrusted former Lille OSC president Gerard Lopez with the club. The Luxembourger's time in charge has been an unmitigated disaster with financial woes out of control, unacceptable performances, player and fan unrest and questionable decisions such as Vladimir Petkovic's stint in charge threatening to cost Les Girondins even more money.

Jaroslav Plasil, who joined just after their 2009 Ligue 1 success and is now assistant after 10 years as a player, was in tears after a 4-1 defeat to Angers SCO left Bordeaux on the brink of an overdue relegation which should soon be confirmed unless there is one last miracle escape. Saint-Etienne, another institution of French soccer, could join them in Ligue 2 depending on how the two final rounds of Championnat fixtures play out with the topflight certain to lose one of its most historic names and FC Metz, who also sit in the bottom three, are not short of history either.

However the remaining fixtures pan out, it's a sad story for French football, and given the kinds of financial problems at its root, it's unlikely to be the last one.