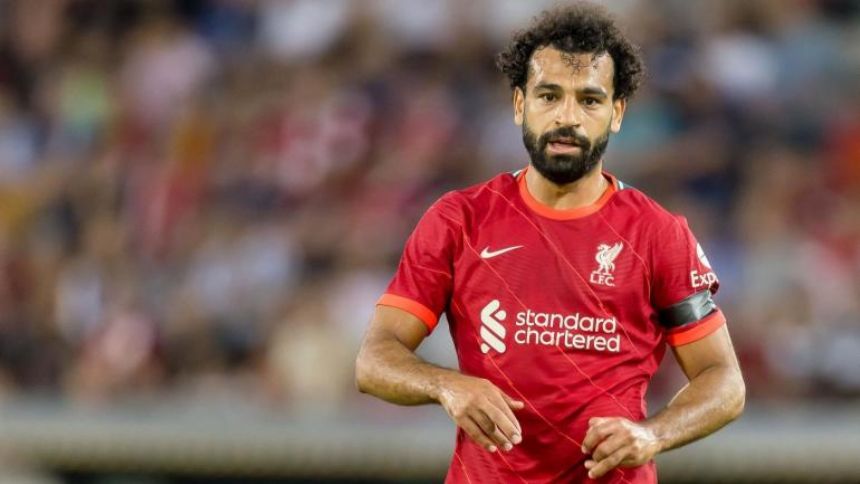 kicks off what it expects will be a title campaign when it visits for the start of the 2022-23 English Premier League season. The Reds came up one point short in their fierce battle with last season, but they did win the FA and League Cups and lost in the Champions League final. Liverpool also soundly beat City 3-1 last weekend to win the Community Shield. Fulham dominated the second-tier Championship to earn promotion after a one-year absence and will be out to show it can stick in the Premier League. It has spent six of the past eight years in the second division but added some talent to a group that posted a plus-63 goal differential last year.'

Kickoff in London is set for 7:30 a.m ET. Caesars Sportsbook lists Liverpool as the -380 favorite (risk $380 to win $100) on the 90-minute money line in the latest Fulham vs. Liverpool odds. Fulham is the +1100 underdog, a regulation draw is priced at +460 and the over-under for total goals scored is 3.5. Before locking in any Liverpool vs. Fulham picks, you need to see the English Premier League predictions from proven soccer insider Martin Green.'

Now, Green has broken down Fulham vs. Liverpool from every angle and just locked in his picks and Premier League predictions. You can head to SportsLine now to see Green's picks. Here are the betting lines and trends for Liverpool vs. Fulham:

Why you should back Liverpool

The Reds shouldn't miss a beat after a 2021-22 Premier League season where they scored 94 goals (second-most) and conceded 26 (tied for fewest). They still have Mohamed Salah leading the attack, elite defender and star goalkeeper guarding the net. Salah shared the league lead with 23 goals last season and had an EPL-best 13 assists. Fullbacks Andy Robertson and Trent Alexander-Arnold, two of the best in the world, also remain.

Alexander-Arnold had 12 assists and Robertson had 10, and their crosses create tons of trouble for defenses. , who had 15 goals last season, is out with an injury, but Darwin Nunez and are dangerous options. Diaz came over in January and had four goals in 13 games, and Nunez was added this summer after scoring 26 goals for last year. Alisson had 20 clean sheets last season and posted a 75.3 save percentage, third-best in the EPL.

Why you should back Fulham

The Cottagers have a legitimate scoring threat in Aleksandar Mitrovic, who scored 43 goals last season to break the Championship record by 12. Fulham scored 106 goals, 32 more than any other team in the division, and conceded 43, third-fewest. Fulham won't be intimidated in the EPL, as it was in the top flight for 13 consecutive years before their current instability began in 2014. The Craven Cottage crowd will be fired up for the return of EPL action, and Fulham was 14-4-5 at home last season. ''

Fulham's last Premier League victory was a 1-0 triumph at Anfield in March 2021, and it held the Reds to a 0-0 draw at Craven Cottage earlier that season. The team bolstered its midfield, adding Andreas Pereira and to stabilize things, and could put a jolt into the attack. He scored 16 goals in his 38 career starts with Shakhtar Dontesk.'

How to make Fulham vs. Liverpool picks

Green has scrutinized the Liverpool vs. Fulham match from every angle, and he is leaning over on the goal total. He also provides two confident best bets and has a full breakdown of the match. He's only sharing those EPL picks at SportsLine.

So, who wins Fulham vs. Liverpool on Saturday? And where does all the betting value lie? Visit SportsLine now to see the best bets for Liverpool vs. Fulham, all from the European soccer expert who has generated almost $35,000 for $100 bettors over the past four seasons, and find out.