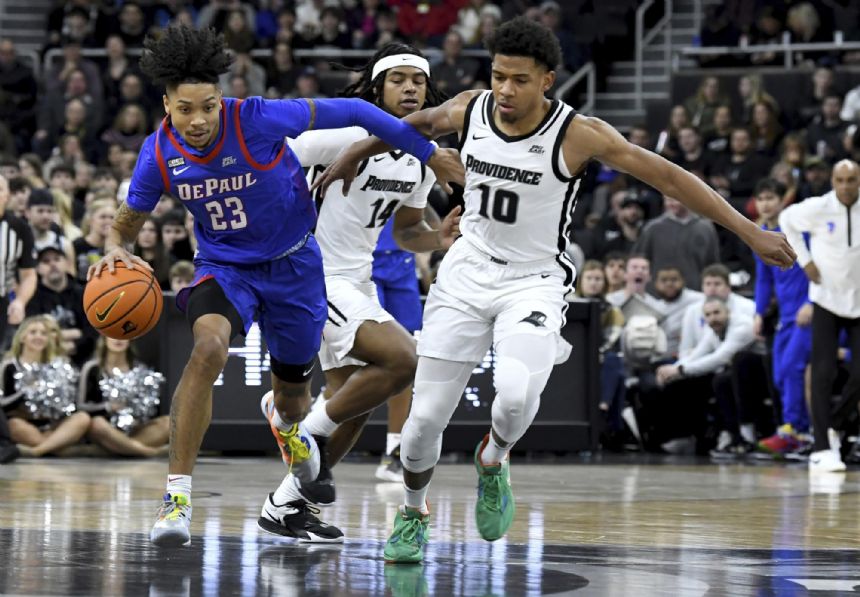 Bryce Hopkins added 20 points and 11 rebounds as the Friars (15-5, 7-2 Big East) snapped a two-game losing skid and improved to 11-0 at home. They are 2-2 without point guard Jared Bynum, who missed his fourth consecutive game with a torso injury.

The Blue Demons (9-11, 3-6) came in fresh off a home victory over eighth-ranked Xavier. But they dropped their sixth straight road game and are now 0-4 in conference games away from home. Umjoja Gibson had 16 points and five assists for DePaul and Da'Sean Nelson added 13 points.

The Friars finished 10 of 23 from beyond the arc.

The Friars sped out to a 14-2 lead, connecting on four of their first six attempts from 3. The Blue Demons missed nine of their first 10 shots, then ran off a 9-0 run to close the gap.

DePaul got as close as a point late in the half, but the Friars closed with a 12-6 flourish for a 37-30 halftime lead.

While Saturday's win helped the Friars avoid their first three-game losing streak of the season, they will still be in danger of dropping out of the rankings after two losses this past week.

DePaul: The Blue Demons were hoping to carry some momentum coming out of the Xavier win but must get better on the road if they want to finish the season on a positive note.

Providence: A nice bounce-back win, but this team is clearly missing the floor presence of Bynum.

DePaul: At Georgetown on Tuesday.