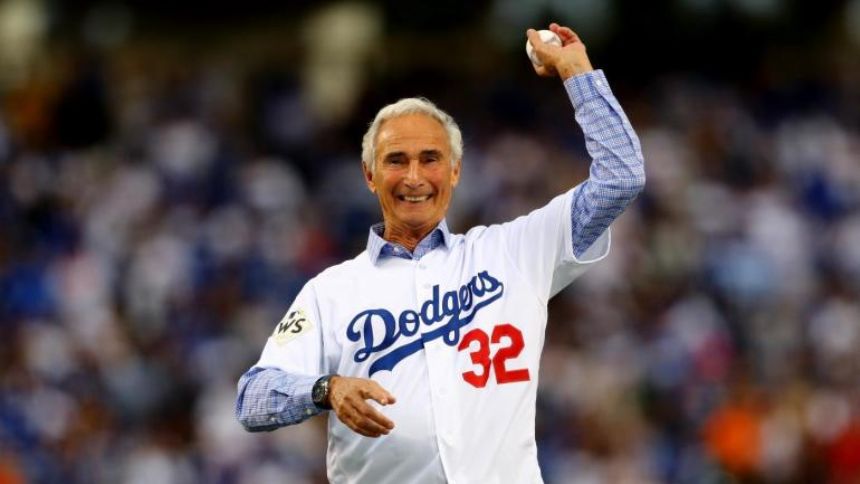 Prior to Saturday's game against the Cleveland Guardians, the Los Angeles Dodgers unveiled a new statue of their World Series-winning pitcher and franchise legend Sandy Koufax. Koufax's statue was unveiled three years after it was first announced that a status would be erected in his honor.

Koufax, who played 12 seasons for the Brooklyn and then Los Angeles Dodgers, saw his statue unveiled in the same area as the one the Dodgers previously erected for his legendary teammate, Jackie Robinson. Koufax, now 86, was present and delivered some remarks.

Sandy Koufax gets his statue next to Jackie's at Dodger Stadium. pic.twitter.com/mTuKpXNoKM

"67 years ago Jackie Robinson became my teammate and friend," Koufax said, per LAist. "At that time, sharing this space with him would have been absolutely unimaginable. And today it still is. It's one of the greatest honors of my life."

Koufax was one of baseball's most outstanding players of the late 1950s and 1960s. He was the first player to win the Cy Young Award three times, made seven All-Star teams and led the Major Leagues in strikeouts four times. Koufax also won four World Series and two World Series MVPs.

After retiring at just 30 years old due to injuries, Koufax was named a first-ballot Baseball Hall of Famer in 1972.

Koufax also became known as a Jewish sports hero, particularly when he skipped Game 1 of the 1965 World Series to observe Yom Kippur. That's why the timing of Koufax's statue unveiling was perplexing to some. Saturday is Shabbat, the Jewish day of rest, meaning some observers would be unable to attend Koufax's celebration.'

Saturday's game marked the second in a three-game series between the Dodgers and the Guardians, with Cleveland winning the first game on Friday by a score of 2-1.