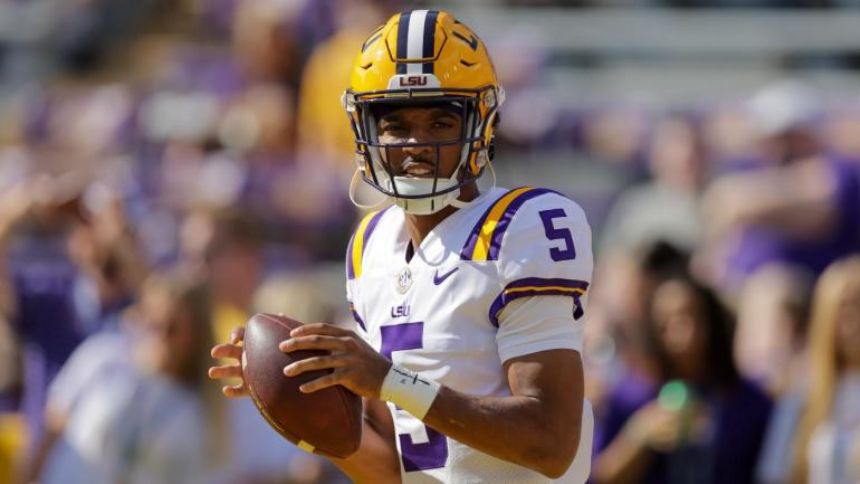 The LSU Tigers will take on the New Mexico Lobos at 7:30 p.m. ET on Saturday at Tiger Stadium. The Tigers are 2-1 overall and 2-0 at home, while New Mexico is 2-1 overall and yet to play on the road. This will be the first-ever meeting between the two programs.

The Tigers are favored by 30.5 points in the latest LSU vs. New Mexico odds from Caesars Sportsbook, and the over/under is set at 45.5. Before entering any LSU vs. New Mexico picks, you'll want to see the college football predictions from the model at SportsLine.

Now, the model has set its sights on LSU vs. New Mexico'and just locked in its picks and CFB predictions. You can head to SportsLine now to see its picks. Here are several college football odds'and betting lines for LSU vs. New Mexico:

What you need to know about LSU

LSU strolled past the Mississippi State Bulldogs with points to spare on Saturday, taking the contest 31-16. LSU QB Jayden Daniels did work as he passed for one TD and 210 yards in addition to rushing for two TDs and 100 yards. The Tigers also got rushing scores from Armoni Goodwin and Josh Williams.

Daniels' two-way ability has been much needed for an LSU team that has struggled getting the ball into its playmakers' hands. The QB is one of seven players in FBS with at least 500 passing yards and 200 rushing yards, and he has the highest completion percentage (69.5%) of those seven. One thing that Daniels and LSU could work on doing against New Mexico is incorporating receiver Kayshon Boutte more into the offense. The Preseason All-American has just 93 yards on the season after averaging 115 receiving yards over his previous nine games.'

What you need to know about New Mexico

Meanwhile, the Lobos didn't have too much trouble with the UTEP Miners at home on Saturday as they won 27-10. The team accrued 20 points in the first half and coasted on those for the victory. No one had a standout game offensively for New Mexico, but it got scores from LB Reco Hannah, RB Sherod White'and RB Nathaniel Jones.

The Lobos are 0-6 all-time versus SEC schools, and if they want to get their first victory, then another strong defensive effort will be needed. New Mexico has picked off six passes this season, which is the eighth-most in college football, while it has allowed just three touchdowns thru the air. Linebacker Cody Moon has wreaked havoc in opposing teams' backfields this year as the redshirt sophomore has racked up 3.5 sacks and four tackles for loss over his last two games.

How to make LSU vs. New Mexico picks

The model has simulated LSU vs. New Mexico 10,000 times and the results are in. We can tell you that the model is leaning Over, and it's also generated a point-spread pick that is hitting in well over 60% of simulations. You can only see the pick at SportsLine.