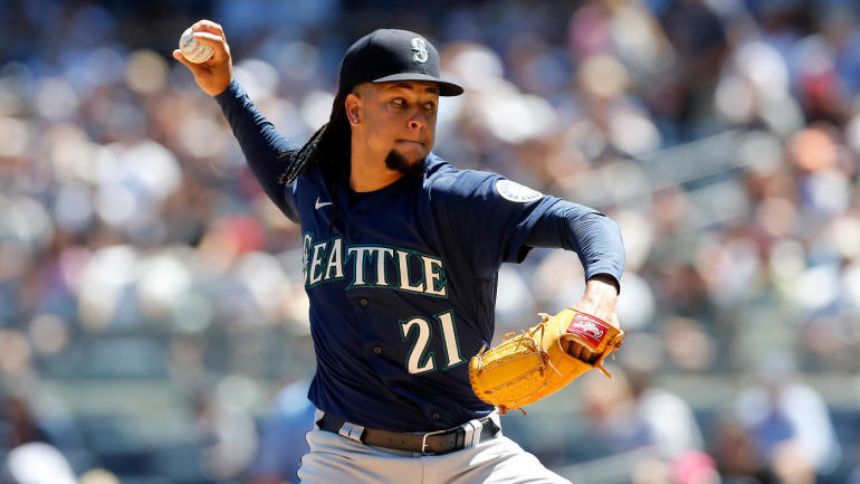 The Seattle Mariners finally got a look at their new toy Wednesday afternoon. Right-hander'Luis Castillo, , made his Mariners debut at Yankee Stadium and couldn't have made a better first impression. Castillo held the New York Yankees to three runs in 6 2/3 innings, striking out eight in a relatively easy win (SEA 7, NYY 3).'

Three runs in 6 2/3 innings is good more than great, though Castillo held the Yankees to one run before surrendering a two-run home run to Kyle Higashioka, the final batter he faced. Seattle led 7-1 at the time and the game was already well in hand. Castillo had retired 14 of the previous 17 batters he faced before the garbage-time, stat-line-ruining homer.

Seattle paid a hefty price to get Castillo -- consensus top-50 prospects Noelvi Marte and Edwin Arroyo, plus two others -- and it was for games like Wednesday's, matching up against another contender's ace. The Mariners have not been to the postseason in a generation, not since Ichiro Suzuki's rookie year in 2001, and the Castillo trade was an all-in move to get Seattle over the hump.

"You're coming to a team that is so close to getting to the postseason,"'Castillo told MLB.com after joining the Mariners earlier this week. "And so the only thing left is just continue doing what the team has been doing and working hard."

Castillo's Mariners debut was impressive, but Castillo pitching well is hardly a surprise. What is shocking is Seattle ambushing Yankees ace Gerrit Cole in the first inning, tagging him for six runs on three homers. It is the most runs Cole has given up in a single inning in his career, .

Wednesday's win improved the Mariners to 57-49 on the season. They currently sit in the second American League wild-card spot, a half-game up on the Tampa Bay Rays and 1 1/2 games up on the Cleveland Guardians for a postseason spot. The Yankees fell to 70-36 with Wednesday's loss and still have the league's best record.