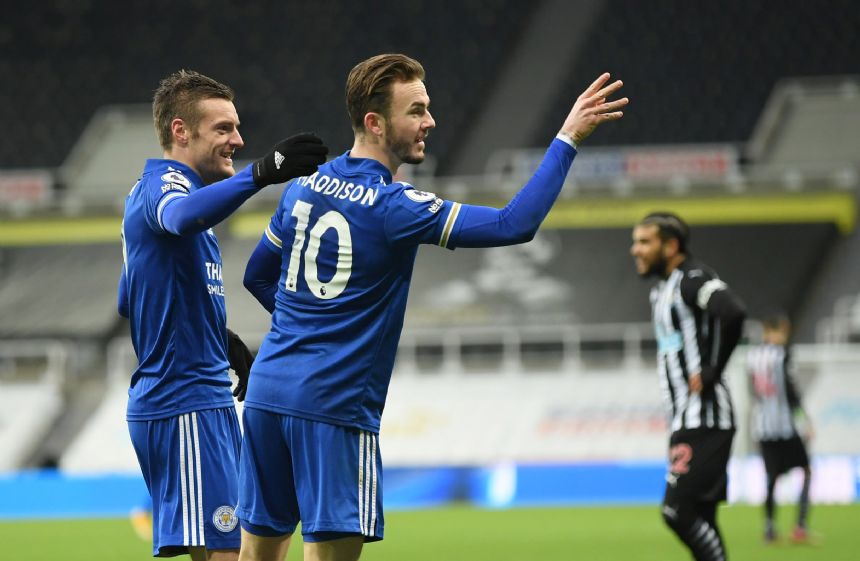 SOUTHAMPTON, England (AP) - James Maddison scored for the third successive game as Leicester twice came from behind to salvage a 2-2 draw at Southampton in the Premier League on Wednesday.

The creative midfielder collected the ball from Luke Thomas inside Southampton's crowded 18-yard box and expertly cut inside the sliding Tino Livramento before firing into the net at the near post four minutes into the second half.

Leicester was denied a comeback victory by a combination of exceptional goalkeeping and uncharacteristic profligacy. Jamie Vardy shot over when through on goal, while Harvey Barnes was denied by a fine save from Southampton goalkeeper Alex McCarthy.

Defender Jonny Evans had initially leveled for Leicester in between first-half goals from Saints duo Jan Bednarek and Che Adams.

A point at St. Mary's moved Leicester up to eighth in the standings but with one win from five.

Southampton has a five-point buffer on the relegation zone in 16th place.

The kick-off for the second half was delayed by around 15 minutes after a fan required medical treatment.