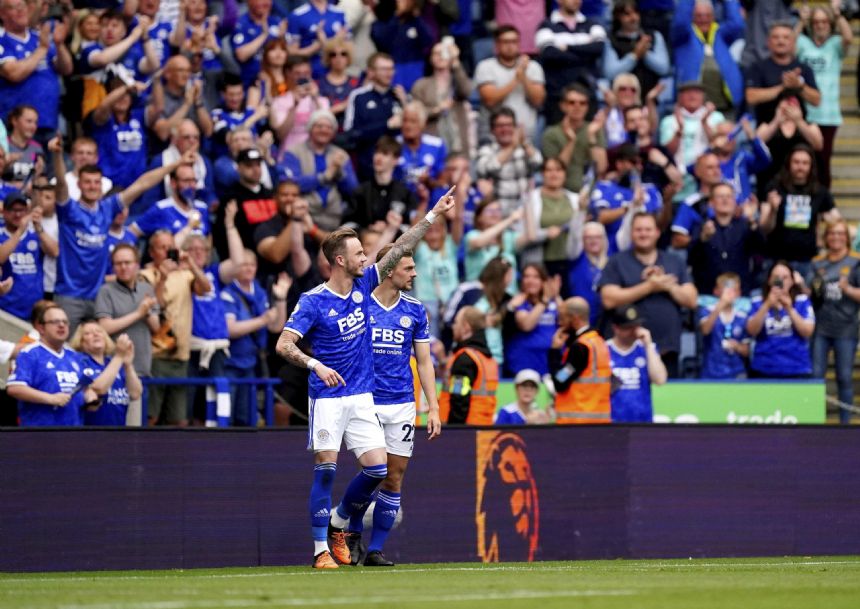 Maddison scored for the fourth consecutive game, taking his league tally to 12 for the season. Two more goals from Spanish midfielder Ayoze Perez and another goal from Jamie Vardy gave the home team a comfortable win to finish eighth. Vardy missed much of the season with injury but still managed to score 15 goals in the league.

Timothy Castagne should have started Leicester's celebrations but missed with a header from six yards (meters). It was symbolic of the home team's careless attacking.

There was nothing but pride at stake for either team.

But the visitors were furious with Leicester's opening goal in the 49th minute. There had been a break in play to deal with a head injury to Vardy. Southampton had been in possession when the game was stopped, but referee Jon Moss then gave the ball back to Leicester's Wesley Fofana, who played it back to goalkeeper Kasper Schmeichel.

Schmeichel hit a long ball forward and Brazilian defender Lyanco botched his clearance only to make another mistake when his header back to his goalkeeper Alex McCarthy was too short. Vardy nipped in and saw his effort saved by McCarthy but Maddison finished off the rebound.

Vardy grabbed Leicester's second goal in the 74th, five minutes before Ward-Prowse pulled one back with his penalty for the visitors.

Maddison set up substitute Perez' response two minutes later and the Spaniard grabbed his second goal in injury time when he rifled in Ricardo Pereira's cutback.