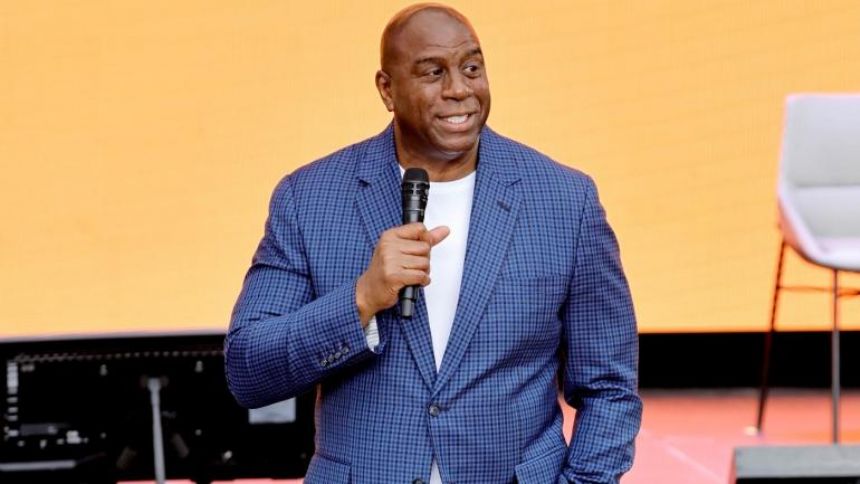 "I'm aware of the false story circling the internet and to be clear, I have never donated blood," Johnson tweeted on Tuesday.

The photo, which was posted by a satire account on Twitter, stated that Johnson "donated some of his blood to the Red Cross to help underprivileged communities help fight COVID-19." The image showed Johnson hooked up to a tube while a doctor took a blood sample from the former Lakers star.

However, according to the Associated Press, the photo is from a 2012 documentary called "Endgame: AIDS in Black America" that shows Johnson getting his blood taken at a doctor's appointment, not donating it. It was determined that the original image was improperly captioned.'

The American Red Cross prohibits people that have ever tested positive for HIV from donating blood at any point in their lives.'

During a press conference in 1991, Johnson revealed that he had contracted HIV. Upon testing positive for HIV, he announced his retirement from the NBA before staging a comeback.

Johnson had a Hall of Fame career that was highlighted by five NBA titles with the Lakers in addition to winning three NBA Finals MVP awards. The star point guard retired for the final time in 1996 after playing in 32 games for the Lakers during the 1995-96 campaign.