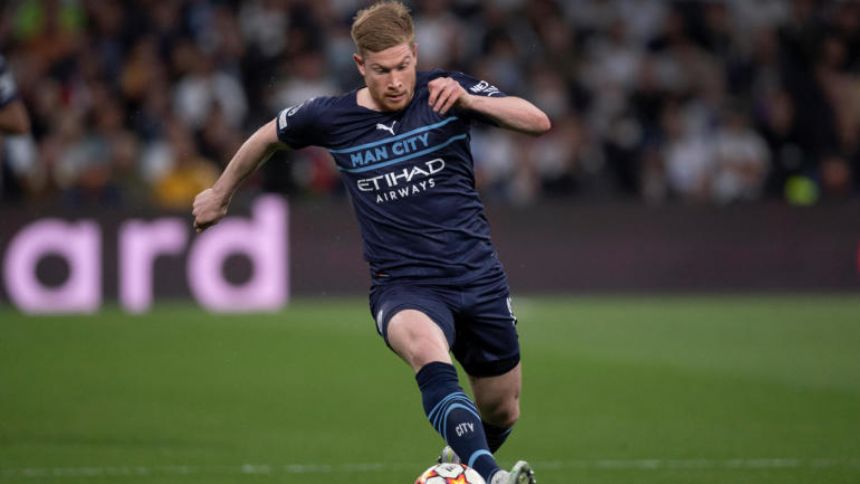 hopes to all but seal its fourth league title in five years Sunday when it visits London Stadium to take on in an English Premier League match. City (28-5-3) can open up a six-point lead over Liverpool heading into the final week. The Reds are set to play Tuesday and Sunday, while City will face Aston Villa on the final day of the season. The Citizens are dealing with injury problems on their back line, but they have a wealth of options up top and can outscore any team. West Ham (16-7-13) is trying to close in on a Europa League spot, and it could move into a tie for sixth place with a victory Sunday. It is three points behind Manchester City and would win a tie-breaker on goal differential if it can pull even. City won the most recent meeting 2-1, in November at Etihad Stadium, and has not lost a league matchup against the Hammers since 2015.

Kickoff is set for 9 a.m. ET. Caesars Sportsbook lists Man City as the -270 favorite (risk $270 to win $100) in its latest West Ham vs. Manchester City odds, while West Ham is a +700 underdog. A draw is priced at +410, and the over-under for total goals is 3.5. Before making any Manchester City vs. West Ham picks or EPL predictions, you need to see what proven soccer insider Jon Eimer has to say.

Eimer is a high-volume bettor who has vast knowledge of leagues and players across the globe. Since joining SportsLine, Eimer has covered the English Premier League, Serie A, the FA Cup and much more. The Indiana-based handicapper is an astounding 37-15 over his last 52 soccer picks, up well over 13 units, for a return of almost $1,400 for $100 bettors.

Now, Eimer has broken down Man City vs. West Ham from every angle and just revealed his picks and predictions. You can head to SportsLine now to see Eimer's picks. Here are the betting lines and trends for West Ham vs. Man City:

The Citizens have had some problems in the back, with several starters out or banged up, but goalkeeper is one of the best in the world. He is tied for the league lead with 20 clean sheets and is fifth in save percentage, and the Hammers average fewer than four shots on target per game. City leads the league in attempts on net with 227 (6.3 per game). Manager Pep Guardiola has the creativity to use his depth up front to shield the back line, with likely to drop back to help. The return of from injury also should help immensely.

Even if the back line can't hold, City has more than enough capability to outscore the Hammers. scored four goals in a 5-1 win against Wolves on Wednesday to give him a team-high 15, and Raheem has three goals in the past two games and sits on 13. (11 goals), (nine), (eight) and (eight) are just some of the firepower City has in reserve. De Bruyne and are supreme playmakers and have 15 combined assists. The Citizens have scored the most goals (94) and conceded the fewest (22).'

The Hammers have the ability up top to exploit the depleted City defense. , Said Benrahma and Jarrod Bowen are all capable scorers. Bowen leads the team with 10 goals, while Benrahma scored twice and Antonio once in a 4-0 win against Norwich last weekend. Both were banged up after their goals, but the team is optimistic they will be ready. They have combined for 17 goals, and has six, so the Hammers can cause some problems. They have scored at least once in every home game this season, scoring 31 goals in 18 games.

They will be facing a back line that will have a ton of inexperience with several players out of position. West Ham knocked City out of the League Cup in the fourth round back in October, prevailing on penalty kicks after the teams played to a 0-0 draw. The Hammers are plus-11 in goal differential and are around the middle of the pack in scoring and defending. Goalkeeper can keep them in games, as the Polish veteran ranks eighth in the Premier League in saves with 95. He has posted eight clean sheets and has a 69,7 save percentage.' '

Eimer has analyzed Sunday's West Ham vs. Manchester City match from every angle. He is going over on the alternate goal total of 2.5 (-180) and has provided three other confident best bets, including a pair of plus-money plays. He's only sharing those picks here.