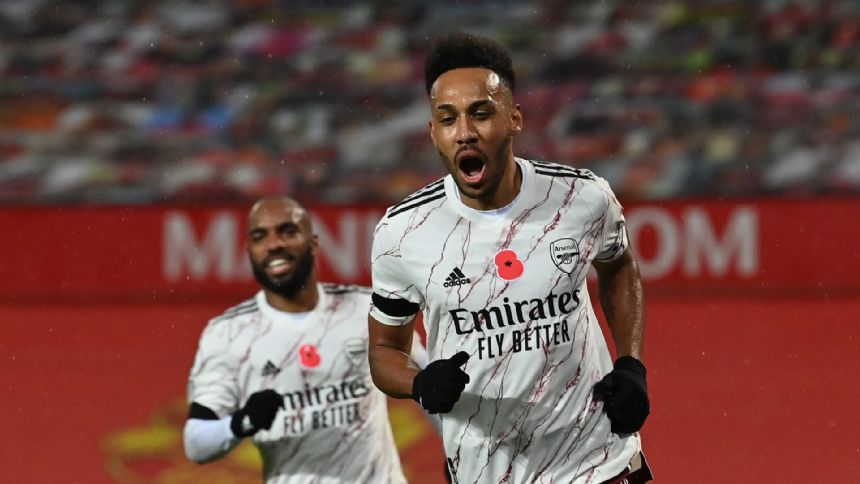 A look at what's happening in European soccer on Thursday:

With Ralf Rangnick awaiting his work visa following his appointment as Manchester United's interim manager on Monday, Michael Carrick will lead the team into its Premier League game at home to Arsenal. Carrick has done well in his stint in temporary charge after the firing of Ole Gunnar Solskjaer, with United beating Villarreal in the Champions League and drawing at Chelsea in the Premier League. Arsenal will start the match five points ahead of United. Tottenham hosts Brentford in the other match and will be the fresher of the teams after its game at Burnley on Sunday was postponed because of snow.

There are a number of teams sitting seven points off fourth place in Serie A and the last Champions League qualifying spot. And Lazio will attempt to become the fourth when it hosts lowly Udinese. Lazio has lost its last two league matches, conceding six goals and scoring none. Also Torino hosts Empoli, which is full of confidence after beating high-flying Fiorentina.

The Copa del Rey continues with six top-tier teams facing lower-division clubs in the revamped competition that includes teams from six different levels in Spanish soccer. Rayo Vallecano, Levante, Osasuna, Valencia, Elche and Cadiz are among the top-flight teams playing in the 17 matches that are scheduled for Thursday. Atletico Madrid, Real Madrid, Barcelona and Athletic Bilbao, who will play in the Spanish Super Cup in January, are not playing in the opening round.