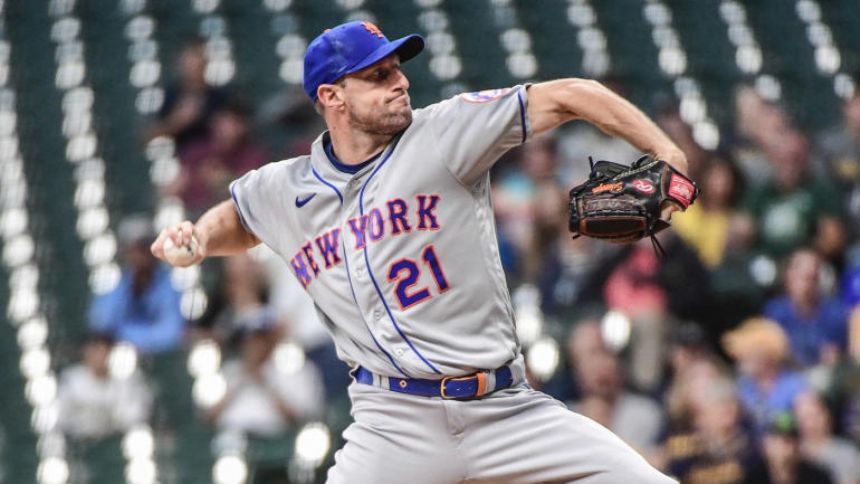 Mets ace Max Scherzer returned from a 15-day stint on the injured list Monday night in Milwaukee and he was perfect. In the baseball sense, that statement is literal. Scherzer threw six perfect innings before being removed from the game by manager Buck Showalter.'

Again, it was 18 batters up and 18 batters down for Scherzer,'three innings shy of his first career perfect game. He's thrown two no-hitters, but both times he needed to face 28 hitters instead of the minimum of 27.'

Some might focus on Scherzer being pulled with a perfect game after 68 pitches, but he was returning from an oblique injury. He missed six weeks earlier this season with the same injury and he's also 38 years old. Plus, the Mets are in a battle for the NL East title and have designs on a deep October run.'

All this is to say that Scherzer's health for the remainder of the season -- hopefully into November, from the Mets' perspective -- trumps any individual pursuit in a single game here.'

Through that lens, Scherzer's return was wildly successful.'

Tylor Megill relieved Scherzer and he was also coming off the injured list. He had been out since the middle of June with a shoulder injury. Things didn't go quite as well for Megill, as he allowed the Brewers to snap the no-hit bid and then gave up a two-run homer to Rowdy Tellez.'

As such, the Mets will not be throwing a combined perfect game or no-hitter. The headline here is Scherzer was absolutely dominant in his return and looked primed to finish the season strong.'