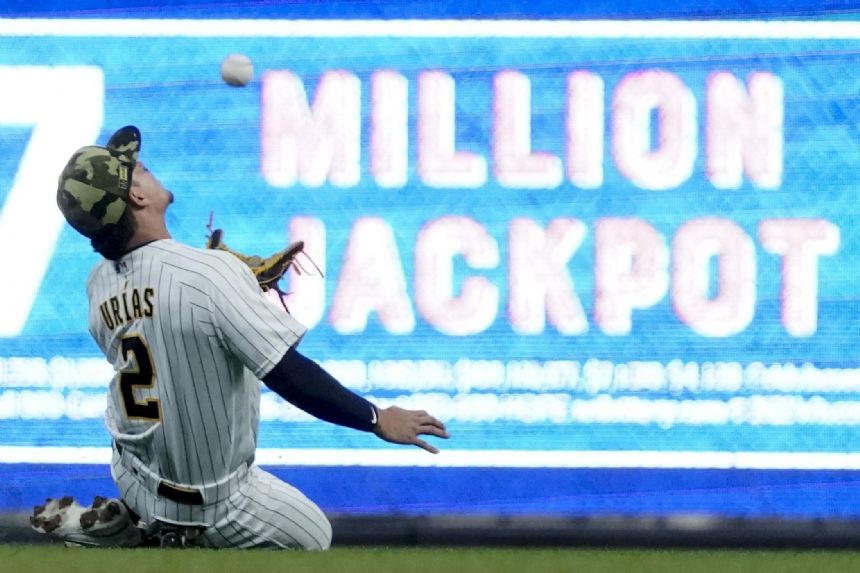 MILWAUKEE (AP) - Andrew McCutchen hit a leadoff home run, Luis Urias added a solo shot and a defensive gem, and Brandon Woodruff allowed one run in six effective innings to give the Milwaukee Brewers a 5-1 win over the Washington Nationals on Saturday night.

McCutchen drove the first pitch from Patrick Corbin (0-7) into the Nationals' bullpen for his 20th career leadoff homer - and second this season. Urias hit a two-out solo homer in the fifth, followed three batters later by Keston Hiura's two-run single.

Urias defensively owned the first inning. He snagged a liner and fielded a groundout. For the final out, Urias raced back for a looping fly ball into short left-center field and made a sliding catch with his back to diamond.

Woodruff (5-2) gave up a solo home run by Lane Thomas in the second, along with four other hits. He struck out six.

Milwaukee's Brad Boxberger pitched out of a two-out, bases-loaded jam in the seventh when he struck out Cesar Hernandez.

Josh Hader extended his major-league record for saves in each of his first 15 games to start the season.

Brewers have won seven of the last 10 games, including five of six, while Washington slipped to 3-9 in the last 12.

McCutchen had three hits and Urias, Christian Yelich and Hiura each had two for Milwaukee.

Nationals: Manager Dave Martinez started switch-hitting Keibert Ruiz at catcher instead of Riley Adams. "(Corbin) is totally OK with Keibert catching him," Martinez said. "I'm just trying to get some more offense." Ruiz is batting .282 in 30 games while Adams is hitting .205 in 13. ... SS Ehire Adrianza (left quad strain) hasn't played all season and is on the 60-day injured list. "He's getting ready to go out on a rehab assignment," Martinez said. "We're going to get him a bunch of at bats."

Brewers: SS Willy Adames (high left ankle sprain) will accompany the team on its three-city, 11-game road trip. "We're not shutting him down from baseball stuff," manager Craig Counsell said. "He's going to have to pass certain tests to get to the next step." Adames batted .208 with nine home runs and 24 RBIs in 35 games before going on the 10-day injured list May 18, retroactive to May 15.

RHP Aaron Sanchez (2-3, 7.94 ERA) starts for the Nationals and RHP Freddy Peralta (3-1. 3.53) pitches for the Brewers when the three-game series concludes Sunday.